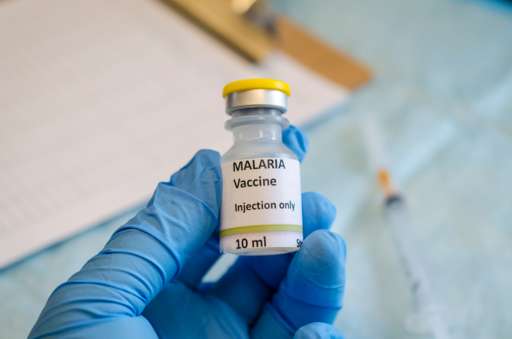 Some have questioned the value of the jab, given it provides such low protection

What great news coming from the World Health Organisation (WHO) with the announcement of a malaria vaccine expansion.

Though one has lived with it for centuries, generation after generation, malaria has continued to be a fearsome disease with very little end in sight.  It is believed, true or false, that when the Europeans colonised Africa, they found our sub-Region too humid and also malaria endemic and therefore moved away pretty early to settle in Eastern and Southern Africa.

Sadly, experts claim that malaria is a primary cause of childhood illness and death in sub-Saharan Africa.  It is reported to have killed nearly half a million African children in 2020 alone.

For a disease which is said to kill one child every minute, one is at a loss as to why governments of the endemic countries and the world’s giant vaccine companies never turned much focus to a vaccine until a few years ago when a trial vaccine is said to have started though in a limited space.

If the world’s Scientists succeeded in developing vaccines for polio, measles, diphtheria, yellow fever and other killer diseases and even recently for Covid-19, why has it taken so long for malaria?

But perhaps, as the good book says, there is a time for everything.  The time for a malaria vaccine is here. According to the WHO’s recent media release, international support of nearly $160 million will be available from 2022 to 2025 to facilitate increased vaccine access to children at high risk of illness and death from malaria.

As per last week’s release, “WHO welcomes the launch by Gavi, the vaccine Alliance, of the landmark opportunity for countries to apply for funding to introduce or further roll out the RTS, S/AS01(RTS,S) malaria vaccine. The vaccine, incidentally, is already on trial in some African countries, including Ghana.

Three African countries, Ghana, Kenya and Malawi, said to have begun the pilot introduction of the vaccine in 2019, would benefit from this expanded funding, with other eligible endemic countries also coming on board. It is gratifying to know that since the pilot introduction, 1.3 million children have benefitted from the vaccine in the three African countries.

As per last week’s release, “WHO welcomes the launch by Gavi, the vaccine Alliance, of the landmark opportunity for countries to apply for funding to introduce or further roll out the RTS, S/AS01(RTS,S) malaria vaccine. The vaccine, incidentally, is already on trial in some African countries, including Ghana.

The hope expressed during the Managing Director of Country Programmes launch at Gavi is welcome; health authorities in the beneficiary countries couldn’t have been rejoicing even better. He is reported to have said that “this is just the beginning of a broader rollout that will see populations across the continent increasingly protected against this deadly disease.”

And indeed, statistics point to a deadlier disease which, according to the latest world malaria report, recorded 241 million malaria cases in 2020 as against 227 million cases in 2019. Out of the 2020 number, 627,000 are said to have died.

The uneasy bit about these statistics is that Africa alone was home to 95 per cent of all the malaria cases and 96 per cent of deaths in 2020 alone. Out of the numbers, children under five years were said to have accounted for about 80 per cent of all malaria deaths in the Region.

The story in Ghana is not too far from the Regional statistics. Ghana reportedly is among the 15 highest burden malaria countries in the world. It is home to 2% of global malaria cases and 5% of deaths.

Progressively, however, the country’s cases are said to have reduced significantly. This seems to suggest that the pilot malaria vaccine since 2019 for under five-year-olds has worked according to plan.

As Ghana further benefits from the rollout plan following the Gavi support from 2022 to 2025, with many more children benefitting from the malaria vaccine, the signal is clear for our Scientists and medical experts to double our own local efforts towards a malaria vaccine or total eradication.

It is a much looked forward to the idea. Malaria is a horrible disease; the earlier we get rid of it, the better.

Nothing is impossible in this age of advancement. We need to get rid of malaria and all other mosquito-related hazards.