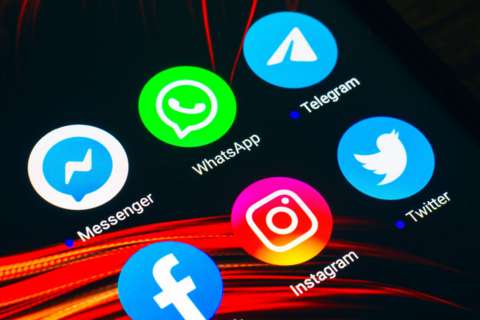 It is very true that the media sets the agenda for its readers, viewers and listeners. Social media, however, has stolen the show, run ahead and taken us to another level, for better or for worse.

On daily basis one comes face to face with all sorts of videos and claims on this non-conventional media, presenting one with things that are good, bad and ugly. Most often, they are so embellished; that one is led to think they are the gospel truth.

That is why some people desist from forwarding or sharing the stuff they come across on social media.  It gets difficult in some cases to tell the good from the bad or the fake from the truth.

That is where social media gets worrying, especially for the vulnerable who take everything at face value. They tend to succumb to all sorts of information and sometimes fall into the traps of scams.

This week, making the trends are conflicting videos and information on benefits or otherwise of green plantain skin or peel.

A video of a lady chewing with much delight, the skin of green plantain and claiming it has a chain of nutritional and curative benefits for humans has made some rounds on social media.  For years, some of us have been dumping the same plantain peels in the garbage bin or passing them on to goats.

However, the video making the rounds claims the peels are delicious and amazingly, a cure or a pre-emptive measure against dreaded diseases like high blood pressure, diabetes, arthritis and sciatic nerve disorders. The video asserts that when one eats the peels first thing in the morning, it frees one from bodily pains, headaches and all other aches.

In today’s world of diseases and aches, this is too good to be true. Governments and indeed individuals are spending heavily on health and investing greatly in remedies, especially natural sources of healing.  So if a throw-away item so easy to get could be revealed as a wonder item, it was news to share with family and friends.

In a matter of hours last Wednesday the video popped up on five WhatsApp platforms I associate with and wondered where it had descended from.

By the close of the day on Thursday, almost everyone was talking about or sharing the video. That is the power of media. It influences and spreads quicker like an injection administered in one’s body.

The beauty of social media, however, is that there is always some counterreaction to what is shared by those who know the facts, to help educate.

And so, as the video was running across many platforms, the counter education was also running concurrently, presenting a lot of education and understanding.

The counter warning sounded so good in the ears due to the scientific aspect brought into the argument.  Science is not speculation or someone’s belief. It is fact and I was delighted to learn that the benefits or otherwise of the raw skin of green plantain had been scientifically researched.

The counter information which was circulating on social media warned readers “not to be fooled” by the claims expressed in the video on the immense benefits of plantain skin.

According to the warning, Chemists have analysed the skin of green plantain and “found them to have a high content of cyanoglycoside.  Cyanoglycoside also known as vitamin B17 is said to have a cyanide group in its chemical structure.

A bit of history indicated that in the 1920s and 1930s, people who used vitamin B17 as a form of therapy for tuberculosis died from cyanide poisoning.

One may argue that some animals, specifically herbivores, eat nothing but green plants so how come they survive cyanide poisoning?

Experts however have explained that herbivores have a digestive system that safely disposes of any cyanide-related poison.  God in His wisdom created humans with an entirely different kind of system that differentiates us from animals.

So the advice from the scientists is not for anyone to consume the skin of green plantain as a form of therapy for hypertension, diabetes and any other pain.

Who knows, but for quick intervention, many may have fallen prey to the social media “campaign” presented in the said video.   Hopefully, no one went ahead to start eating raw green plantain skin.

There is the need to be cautious and circumspect in what one reads and watches, not only on social media but elsewhere.

A word to the wise is enough.

The writer can be contacted via email:vickywirekoandoh@yahoo.com

DISCLAIMER: The Views, Comments, Opinions, Contributions and Statements made by Readers and Contributors on this platform do not necessarily represent the views or policy of Multimedia Group Limited.
Tags:
Reality zone with Vicky Wireko
Social Media
Vicky Wireko Andoh