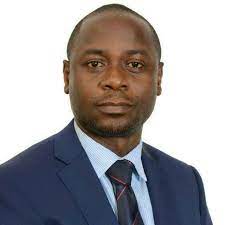 Associate Professor at the University of Ghana, Professor Eric Osei-Assibey has stated that the regressive nature of the new levies and taxes imposed by the Akufo-Addo led government is taking a toll on the already meagre incomes of the ordinary Ghanaian.

“For example, the levies or the taxes that have been imposed. Many of it, in my view are quite regressive. Especially when you over concentrate on VAT, you’d realize that it’s the poor that ends up paying more within the big cities.”

Speaking on Joy FM’s Super Morning Show Monday, he said there should be more progressive taxes so that the wealthy people in society will pay more than the middle-class or poor people.

He emphasised that regressive taxes would widen the inequality gap and result in people complaining in the process.

Comparing the current inflation rate to what was recorded over the years, he noted that the current rate looks good.

He said that the inflation rate is much lower than what was recorded during the pre-Covid-19 era.

He advised the government to adopt a target response approach to some products such as; petroleum, housing, and transportation since these are the products that are highly affected by increase in prices.

“We should look at it case by case, or sector by sector and come out with much more human-faced kind of policies that reduces inequalities in the system.”