The Nkwatia-based school emphatically stamped its presence and superiority on the 'game' to drown the other two competitors. 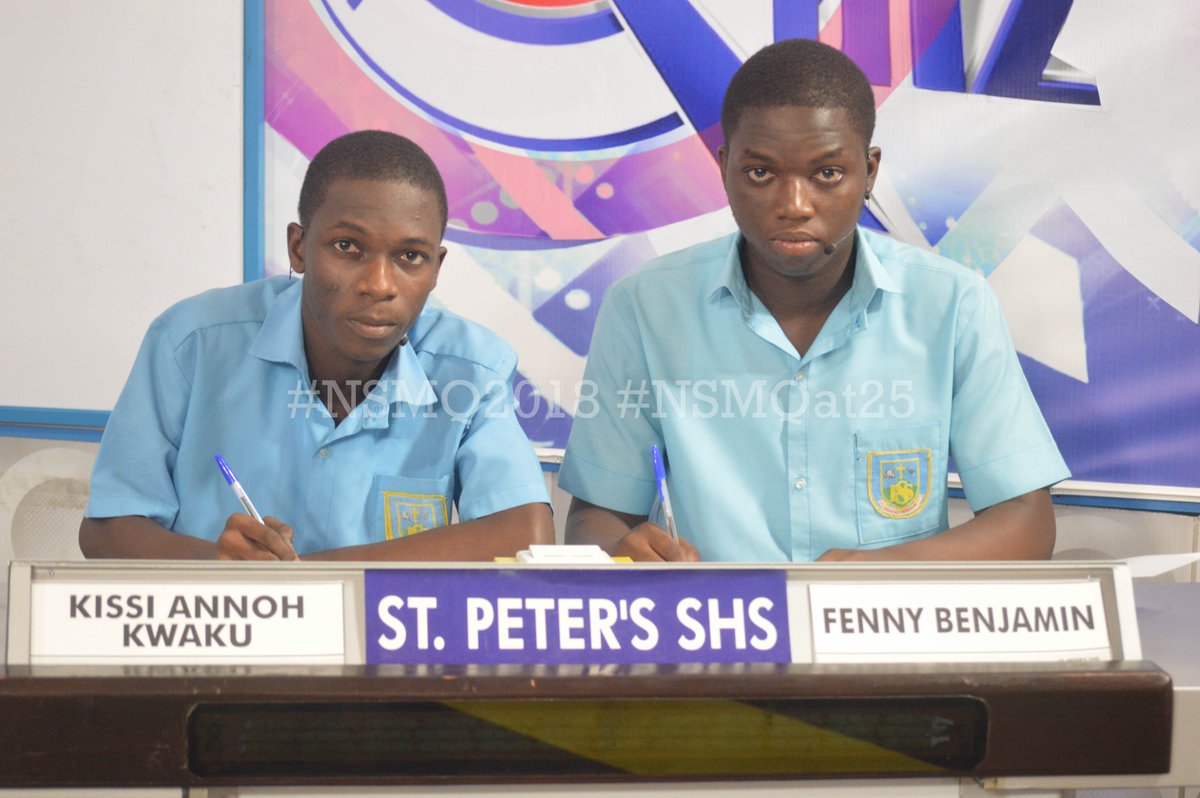 After having lost by a tie-breaker at the same 1/8 stage in 2017, in the very famous Gadasu story, a lot was expected from the St Peter’s boys and they didn’t disappoint.

A combination of great performances by the team saw them dominate the entire contest; finishing with 62 points.

They took hold of the competition from Round One, putting 11 points between them and trailing Jachie Pramso and extended the point difference in the second round to 22 points difference having scored 32. 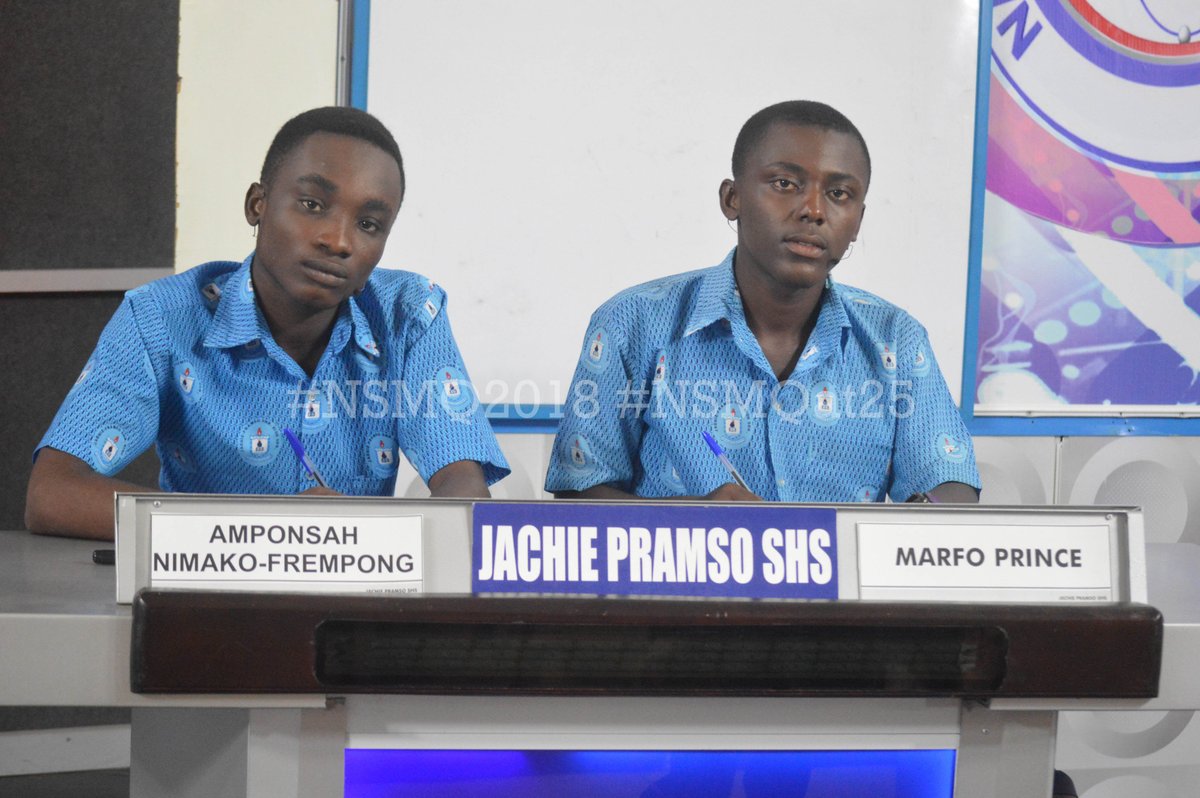 After scoring 5 out of an available 10 points in the Problem of the day, St Peters sank any hopes of a Jachie Pramso recovery.

JAPASS, the school which eliminated one time winners Pope Johns Senior High and Seminary last year to earn a seeded spot for 2018 would have fancied their odds, but the battlefield was too hot for them to stand, finishing with only 20 points, a point ahead of Fijai who came last.

Fijai SHS on their part might have identified themselves as underdogs salvaging only 34 points in the prelims to push them through. 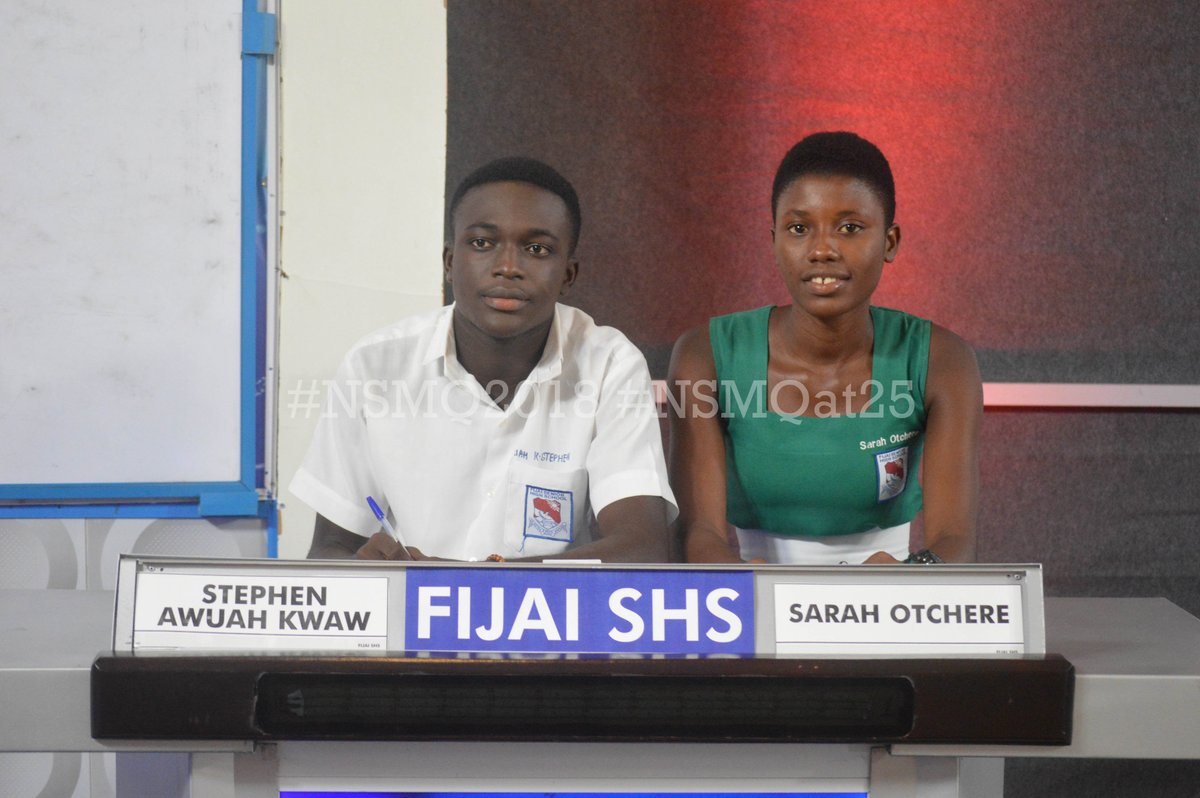 The chants and songs of jubilation that filled the R.S. Amegashie hall after the contest were evidence of how St Peters hungered for the moment and a suggestion that given the chance they will tear Mfantsipim School to apart having lost to them last year by a tie-breaker.