Referendum, an opportunity to take back power from Accra – Minister rallies 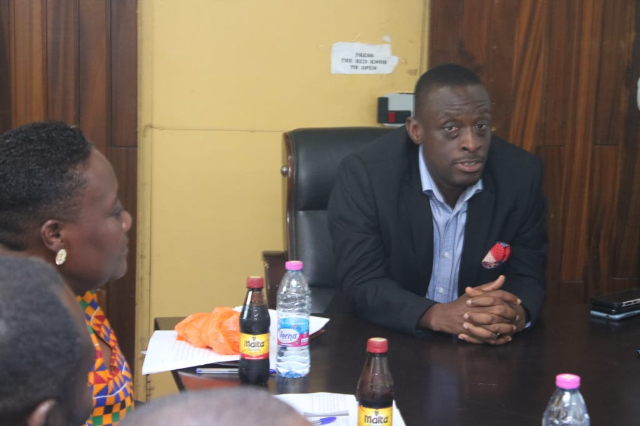 The Western Region Minister, Dr Kobby Otchere Darko Mensah, has entreated information officers in the region to ensure that electorates understand the essence of exercising their franchise during the referendum and district level elections.

The Electoral Commission (EC) has scheduled December 17, to conduct a referendum to approve the bill to amend Clause 3 of Article 55 of the 1992 Constitution.

The bill when passed alongside the amendment of an entrenched law [Articles 243 (1)] will permit political parties to fund candidates for election to district assemblies and lower local government units.

Speaking during a workshop for district information officers, the Minister reiterated the need to sensitise electorates on the need to partake in the elections.

Dr Darko said the referendum is a way of changing the power dynamics between Accra and other regions across the country.

“In the situation where for a very long time we are all waiting for Accra before we act, I think we have passed that era, so I see this as Accra giving a lot of powers to us to take decisions to make our people happy and develop our cities across the country,” he said.

He believes the referendum will make Metropolitan Municipal and District Chief Executives (MMDCEs) more accountable and will break the ‘one man takes it all’ phenomenon that stunts development at the local level.

The Minister said the so-called ‘one man takes all’ phenomenon creates unnecessary tension during the general elections.

Western Regional Director of the Information Service department, Nana Amstrong Asmah, advised that electorates to show interest in the elections.

This referendum seeks to find out if Ghanaians are in favour of a bill to amend Clause 3 of Article 55 of the 1992 Constitution to allow political parties to sponsor candidates for election to district assemblies.

It is expected that 40 per cent of the country`s population will turn up for the referendum.

However, electorates will elect assembly members and five-unit committee members as enshrined in Article 45(d) of the 1992 Constitution on the same day.