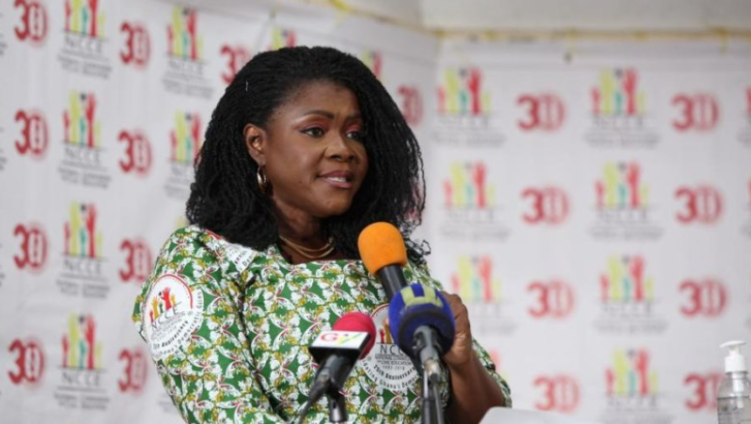 The Acting Chairperson of the National Commission for Civic Education (NCCE), Kathleen Addy has entreated Ghanaians to “reject those who advocate for the overthrow of the constitution.

She said it was important for Ghanaians to take great pride in the three decades of uninterrupted constitutional rule under the Fourth Republican Constitution, which was adopted in 1992 and shun “purveyors of chaos.”

Madam Addy was speaking at a public lecture to kickstart the commemoration of Constitution
Week across the country.

“The NCCE holds the view that having continuous constitutional rule for 30 years is a milestone that must be celebrated recalling the chequered political history and the overthrow of three previous Republican Constitutions,” she said.

Acknowledging demands from various sections of the public for constitutional reform, Madam Addy appealed for “a comprehensive national debate” on the matter, stressing, it was the responsibility of every Ghanaian to defend and uphold the constitution.

“As citizens, we are all enjoined to uphold and defend the constitution and resist any person or group of persons who seek to overturn or suspend it.”

Madam Addy said: “At the same time the Constitution must evolve in order to remain relevant and continue to meet the aspirations of the people.”

She said the framers of the constitution anticipated a time like that hence outlined clear procedures for amendments.

DISCLAIMER: The Views, Comments, Opinions, Contributions and Statements made by Readers and Contributors on this platform do not necessarily represent the views or policy of Multimedia Group Limited.
Tags:
Constitution
Kathleen Addy
NCCE