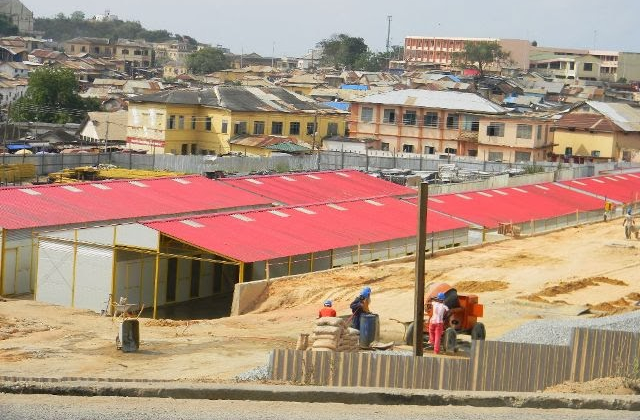 A Cape Coast High, Friday, ruled for the demolition of the Kotokuraba market to pave way for the construction of an ultra-modern market in the Cape Coast Metropolis.

Traders occupying the old Kotokuraba market are expected to soon relocate to a temporary space to pave way for the construction of an ultra-modern market.

The relocation of the traders was embroiled in controversy when, in September this year, 8 aggrieved traders dragged the Cape Coast Metropolitan Assembly and the Regional Coordinating Council to court.

The traders were praying a stay of execution to stop the demolishing of the Kotokuraba market which was intended pave way for the construction of an ultra-modern market.

JoyNews’ Richard Kojo Nyarko reports that the case was initially referred to the Omanhene of the Oguaa Traditional Area, Osaberema Kwesi Atta II for an out of court settlement.

However, the Omanhene informed the Court presided by Justice Kwesi Dapaah, all efforts made to get the parties to reach an amicable settlement proved unsuccessful.

The High Court judge, after deliberations, ruled in favour of the defendants. He however asked the defendants to provide the plaintiffs with keys to the new stalls and also assure them of their chances to get the new stalls, which are yet to be constructed, through an agreement signed by both parties.

Per the ruling, all traders still occupying the old Kotokuraba market are ordered to move to the relocation site by midnight of December 19, 2014.