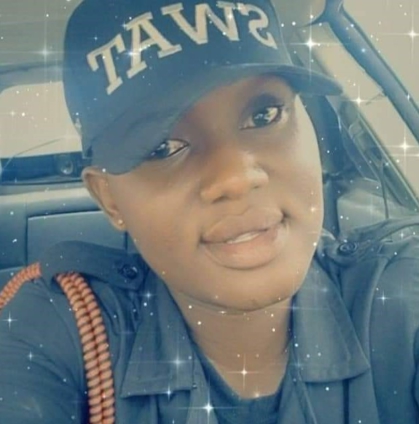 The remains of Police Constable Sandra Asiedu, alleged to have been killed by her lover, has been transferred from the West Gonja Hospital to Obuasi in the Ashanti Region.

The remains were delivered to the bereaved family on Thursday, August 5, by the Savannah Regional Police Command.

In an interview with JoyNews, the Regional Police Commander, DCOP Enock Adetwum Bediako, stated that the body could not be sent to the Police Hospital in Accra for autopsy, as is the tradition because the family wanted it in Obuasi.

According to him, the family wishes to celebrate the one week passing of their beloved, slated for Thursday, August 12, hence the request.

“Usually, the Service through the IGP, will reduce the financial burden on bereaved families of deceased officers by taking over the mortuary bills and the cost of an autopsy. But once the family needs it in Obuasi, we have no option. The body is for them and they said they are ready to bear all that.

“We will join them at Obuasi next week Thursday for the one week observation, he added.

One Louis Asante is suspected to have murdered Police Constable Sandra Asiedu on August 2. The two, according to reports, were lovers.

Police investigations so far have revealed that the suspect at a point attempted suicide at his Obuasi residence.

A three-member Crime Scene Investigation team were today dispatched by the Acting IGP, Dr. George Akuffo Dampare to Damongo for evidence leading to the arrest of the suspect.

A shirt belonging to the suspect, a broken ceiling fan and torn electrical wires were taken away for further examination.

Also, in a report filed by JoyNews’ Isaac Nongya, inscriptions such as “We luv together, we die together,” were found on the walls in the room of the deceased.

Meanwhile, Police in the Ashanti Region say they are close to arresting, Louis Asante, the main suspect in the ongoing investigations.