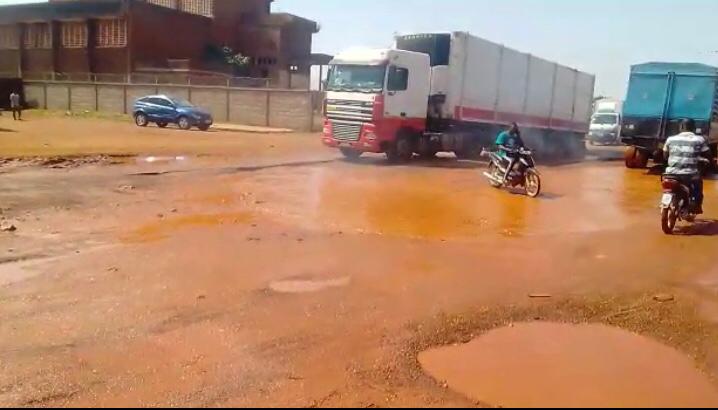 A near-road accident at the Tamale Industrial Area road has forced residents to urgently call on government to fix the 100-meter stretch, which is fast becoming a death trap.

According to road users, accidents continue to occur on the stretch because of its deplorable nature.

Earlier this year, a pregnant woman involved in an accident on the road died from injuries she sustained.

One of the drivers told JoyNews that he arrived at that portion of the road on Monday dawn to meet a vehicle stuck in there.

According to him, in his bid to manoeuvre his way around, he also run into the stationary vehicle.

Another commuter said it become a daily struggle on that portion each day for those who use the road.

He appealed to city authorities to take a look at the situation.

Another road user blamed politicians for ignoring a very urgent situation waiting for a major accident to happen before they do the right thing.