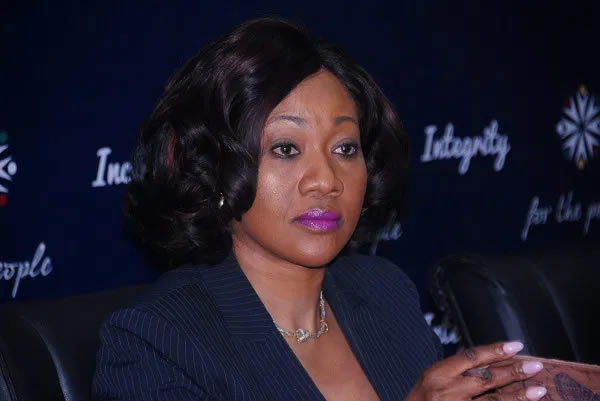 Residents of the Santrokofi, Akpafu, Lolobi and Likpe (SALL) traditional areas have reminded the Electoral Commissioner to quicken efforts to restore their electoral rights.

In a statement issued by the Office Of The Joint Steering Committee (JSC) of the Lolobi and Akpafu Traditional Areas, the residents said, following earlier protests on their exclusion, they were hoping the Electoral Commission would expedite action in addressing their plights.

However, according to them, EC Chairperson, Madam Jean Mensah has failed to heed to their calls, hence their December 6 reminder.

“It has been our expectation that after the said notice, you will take the necessary steps to restore our full electoral rights of citizenship as guaranteed under the Constitution. Sadly there has been no urgency or indication of ethical responsibility to lift the suspension of the Santrokofi, Akpafu, Lolobi and Likpe (SALL) peoples’ rights and healing the gaping injury to our representative democracy” the statement said.

According to the aggrieved residents, the “Electoral Commission exceeded its mandate by disenfranchising the registered voters in the Santrokofi, Akpafu, Lolobi and Likpe (SALL) areas, thereby subverting the integrity of our democratic order”.

A year after this development, the residents are therefore calling on the Electoral Commission to address their concerns and restore their ability to vote accordingly.

“We wish to remind and urge you to fulfill your duty by taking the necessary steps to cure this unconstitutional and embarrassing situation which happened exactly a year ago. Every day of inaction is too much a miscarriage of justice. Ghana, including all its people, deserve better!’, the residents indicated.

The statement, which was jointly signed by the co-chairmen of the Office Of The Joint Steering Committee, Seth Owusu and J.K. Addae, was copied to the Minority and Majority Caucuses in Parliament.

The Guan District made up of Santrofi, Akpafu, Likpe and Lolobi (SALL) in the Oti Region was created following a Legislative Instrument laid in Parliament by the Ministry of Local Government and Rural Development in 2019.

The Guan District was previously part of Hohoe Municipal (District Electoral Areas and Designation of Units) Instrument, 2014. C. I. 85. However, the area was placed in the Oti Region in the Referendum (Creation of New Regions) Regulations, 2018 C. I. 109 of 30th November, 2018 as recommended by the Commission of Inquiry into the creation of the six new regions.

Consequently, Guan was made part of the Oti Region in Oti Region Instrument, 2019 C. I. 112 on 8th February, 2019. It was also included in the Jasikan District in the Oti Region as provided in the District Electoral Areas and Designation of Unit Assemblies.

However, the people of SALL did not partake in the December 7, 2020 parliamentary election but only voted in the Presidential election. This followed an announcement by the EC on December 6, 2020. The disenfranchisement has so far triggered many reactions with many concerned Ghanaians calling for the issue to be addressed ahead of the 2024 general election.