Rev Owusu Bempah discharged from hospital, back in police custody 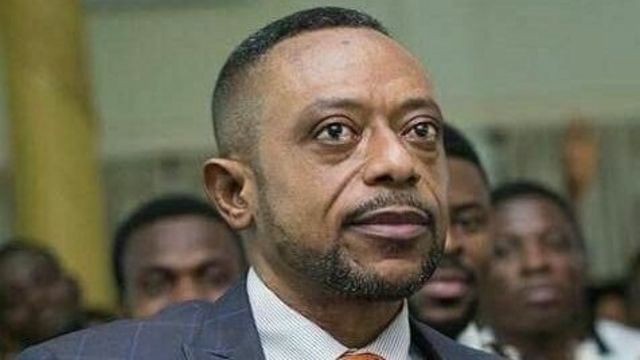 Sources say the embattled pastor was treated and discharged within two hours, from the Police Hospital last night.

Rev Owusu Bempah reported sick at the Police Hospital moments after he and three others, were remanded on Monday.

Rev Bempah and three others are expected to reappear before the Accra Circuit Court on Monday, September 20 for the next hearing.

The Head Pastor has been charged with offensive conduct, conducive to the breach of peace and threat of death.

This followed his arrest on Sunday, September 12 for issuing threats, brandishing weapons and attacking Police officers.

Meanwhile, the Ghana Police Service has apologised to journalists for the inconvenience caused them at the hearing of Rev Isaac Owusu Bempah.

This comes after some journalists were said to have been prevented from entering the courtroom on Monday, September 13, where the renowned pastor had been arraigned.

Ahead of the arraignment, some pressmen who were to cover proceedings in court were heckled by some persons believed to be from the defendant’s church.

On the back of this, the Police rendered an apology and assured the public of its commitment to a sanitised trial as far as the media is concerned.

“We wish to give the assurance that journalists will be fully protected and allowed to do their work at all times including the subsequent coverage of the case,” the statement added.