Rev. Owusu Bempah hospitalised after court denies him and 3 others bail 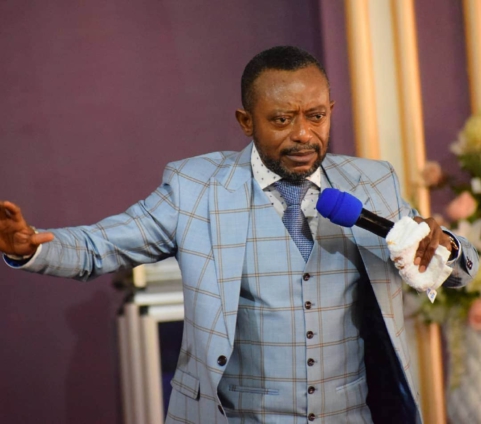 The founder and leader of Glorious Word Power Ministries International, Reverend Isaac Owusu Bempah, who was recently remanded has been hospitalised at the Police Hospital in Accra.

He was rushed to hospital a few hours after an Accra Circuit Court hearing his case on Monday, September 13, denied him and three others bail.

The controversial man of God has been charged with offensive conduct conducive to the breach of peace and threat of death.

On Sunday, September 12, Rev. Owusu Bempah and three others were arrested by the police for issuing threats, brandishing weapons and attacking Police officers.

When he made his appearance in court on Monday, the Leader of Glorious Word Power Ministries International and the other suspects pleaded not guilty to the charges against them.

The Prosecutor, Chief Inspector Dennis Terkpetey, opposed the petition noting that the defendants need to be remanded to facilitate ongoing investigations.

After hearing both parties, Judge Afia Owusuaa Appiah who is presiding over the case noted that the suspects could not be granted bail in order to enable the police to complete their investigations.

She further explained that the suspects were only arrested yesterday.

Meanwhile, the four suspects will appear before the court on September 20, 2021.

DISCLAIMER: The Views, Comments, Opinions, Contributions and Statements made by Readers and Contributors on this platform do not necessarily represent the views or policy of Multimedia Group Limited.
Tags:
Accra Circuit Court
Reverend Owusu Bempah