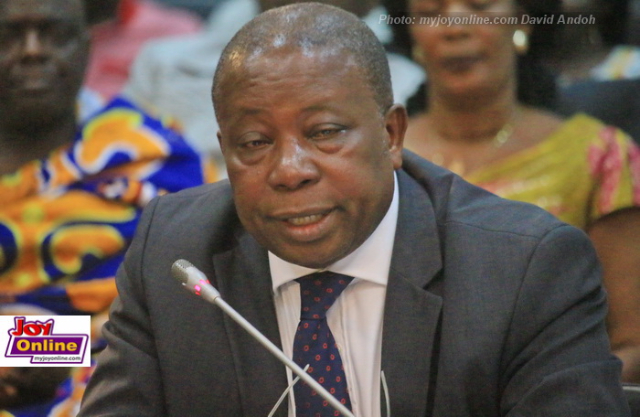 The Government has defended its decision to remove Dr Thomas Anaba as Medical Director of the newly refurbished Ridge Hospital, now to be known as the Greater Accra Regional Hospital.

Health Minister, Kwaku Agyemang-Manu told Parliament where Joy News’ Joseph Ackah Blay reports, that the decision was arrived at because the government wanted a permanent chief executive officer for the hospital.

And since Dr Anaba had not stepped down from his teaching job at the University of Development Studies (UDS) in Tamale, he could not have stayed on the job at the facility that needed a full-time head.

“He had not resigned from the University of Development Studies, he still had his job waiting for him.

“Therefore, the Ghana Health Service could not have contained him when we have completed and we are trying to operationalise the facility and we needed a CEO who will be there permanently for us,” Mr Agyemang-Manu said.

Dr Anaba was directed to hand over to the Public Services Commission, three years short of the expiration of his tenure.

Although no reasons were given then, the letter said the directive was from the Health Minister who has subsequently appointed Dr. Anaba’s predecessor, Emmanuel Kwabla Srofenyoh.

But Dr Anaba had issues with his removal. He believes he was removed because of his association with the opposition National Democratic Congress, the then governing party that appointed him.

He further argued that he went through a competitive tender to secure his new appointment, therefore his removal was unjustified.

The Health Minister agreed partly with him.

He said Dr Anaba indeed went through the processes to secure the job, but said his failure to provide the attention the hospital needed due to his other commitment, was the reason he was asked out.

“We wouldn’t know when the university was going to call him back when they needed his services and we wouldn’t want to take any risk for that matter.

“That is why we asked him to go back to his position so we can put a more permanent person at the facility,” the Health Minister stressed.