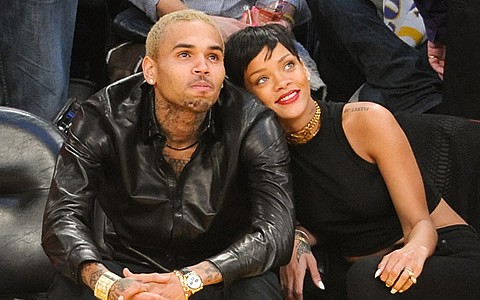 Rihanna’s dad, Ronald Fenty, would like his daughter to get back together with Chris Brown and believes the turbulent duo will reunite in the future.

The 25-year-old singer has only just split from the bad boy rapper – who brutally battered her in a 2009 assault – but her father believes it’s not the end for the turbulent pair and would like to see them reunite in the future.

Speaking to The Sun newspaper, Ronald said: “I’m still his [Chris Brown’s] no.1 fan – I still like Chris regardless. They have a very passionate relationship but if they split up it does not mean it’s for ever with them. In a couple of months, they’ll be back together.”

Ronald had a brief telephone chat with his pop star offspring to make sure she was coping after the split and insists her happiness is the most important thing to him.

He explained: “She [Rihanna] seemed to be doing OK. We talked about how the tour was going, I asked her if she partied and she needed rest and she said, ‘I’m going to be OK, dad.’

“Whatever road my daughter chooses, I’m behind her win or lose. My main thing is that she’s happy.

Pals of the former couple believe Rihanna’s new found friendship with supermodel Cara Delevingne was getting in the way of the relationship as Chris, 24, felt pushed out.

A source said: “Rihanna and Cara spend all day and night together when they are in the same city, Chris thought it was a little weird – he couldn’t get a look in.”

Following the split, the ‘Fine China’ hitmaker has been getting cosy with his ex-girlfriend Karrueche Tran and was rumoured to have shared a few kisses with his former flame after the Billboard Music Awards in Las Vegas, Nevada, last weekend.