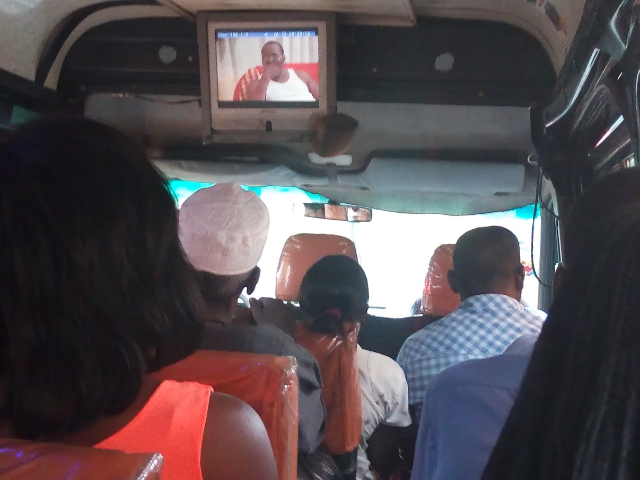 The National Road Safety Authority (NRSA) says it has not banned the use of television monitors in vehicles as has been reported in sections of the media.

A release signed Friday, October 4, by Head of Regulations, Inspection and Compliance, Kwame Koduah Atuahene, described as “worrying” the said report attributed to a road safety advocate in the Eastern Region.

See the full statement below:

To All Media Houses

RE: THERE IS NO TOTAL BAN OF TELEVISION MONITORS IN VEHICLES

The National Road Safety Authority has observed with worry reports in the media indicating a new policy to ban the use of television monitors or similar devices in all vehicles attributed to a Road Safety Advocate in the Eastern Region.

We wish to state that Road Safety Advocates do not have the mandate to speak on policy matters on behalf of the Authority and the said comments must be disregarded.

However, for the purpose of bringing clarity to the matter, we wish to state that, the law on the use and operation of television monitors and similar devices in Ghana is provided for by Regulation 189 of Road Traffic Regulations 2012, (L.I.2180). It prohibits the use and operation of such devices ONLY when they are fitted on the DASHBOARDS of vehicles in MOTION. It is not the case as suggested that, Passengers in moving vehicles are unable to watch audio-visual materials from in a moving vehicle.

For the avoidance of doubt, Regulation 189 provides;

‘(1) A person shall not use or operate a television monitor or a similar device on the dash board of a motor vehicle while the motor vehicle is in motion.

It remains our expectation that vehicle owners will comply with the law while the MTTD of Ghana Police Service takes steps to enforce the law as specified.

Road safety starts with you.