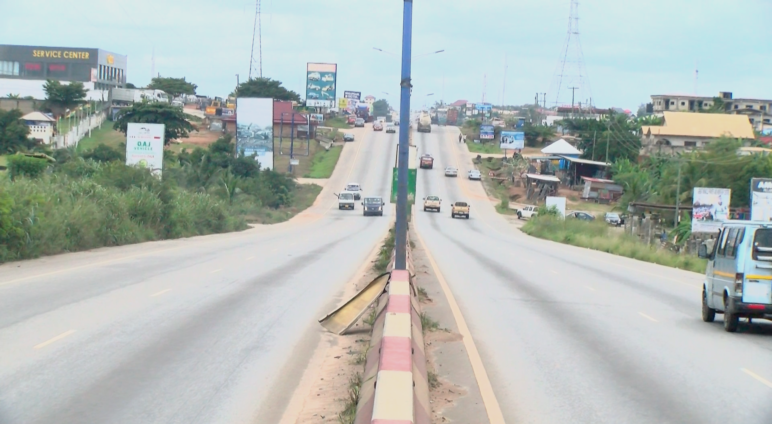 Road safety advocates continue to entreat the government to dualize the country’s highways as one of the surest ways to reduce road fatalities.

The National Road Safety Authority (NRSA) and the Building and Road Research Institute (BRRI) of the CSIR have observed that majority of road crashes can be averted if the country’s highways are dualized.

The call comes at the time fatalities associated with road accidents have reduced on the Accra-Nsawam portion of the Kumasi-Accra Road, following the dualization of that stretch.

This means deaths associated with road crashes reduced by 16 percent in the half year compared to figures recorded in the same period last year.

But despite this feat, Greater Accra, Ashanti, Central and Eastern regions contribute 66.2 percent of the national road fatalities.

Acting Director-General of the NRSA, David Osafo Adonteng, says the situation means stakeholders are encouraged to do more.

“We have recorded reduction in crashes itself, reduction in injuries but very significant is the reductions in the deaths which we are seeing 16% in reduction compared to the previous year.

If you look at our records in the past, there hasn’t been times when you see reduction in all the indicators; the crashes, injuries and the deaths. This time round, it’s happening-encouraging us, motivating us to do more,” he said.

Experts have identified failure to dualize major highways as one of the major contributors to road crashes.

The Building and Road Research Institute of the CSIR has been collecting accident and road safety data for years.

Daniel Asenso-Gyambibi is the institute’s Director.

“Just imagine tow vehicles on the Kumasi-Accra Road 120 kilometers per hour each, when they come together and collide, definitely, the probability of a high mortality is high. And you realize that the deaths or mortality rate with the accident data statistics shows that the mortality is high on the highways. So if you want to curb or reduce the mortality, then we need to dualize the roads,” he explained.

“It is important to expand these roads and make them dualized so that there can be efficiency and safety.”

The call is supported by the National Road Safety Authority that has oversight responsibility over all road safety activities in Ghana.

Using the Accra-Nsawam section of the Accra-Kumasi Highway as a case study, the Acting Director-General of the NRSA, David Osafo Adonteng, says fatalities have reduced since dualization of that section.

“I think it is unfortunate that we have come all this way as a country over 60 years of independence and we still find our major highways, a typical one being the Accra-Kumasi where we have most of our vehicles and transportation running from Accra southern all to the northern sector still single carriage way.

Meanwhile, the NRSA hopes to reduce road crash fatalities by at least 30 per cent. Although some sections have been dualized, they want the entire stretch dualized.

DISCLAIMER: The Views, Comments, Opinions, Contributions and Statements made by Readers and Contributors on this platform do not necessarily represent the views or policy of Multimedia Group Limited.
Tags:
Building and Road Research Institute
Kumasi-Accra road
National Road Safety Authority (NRSA)
Road accidents