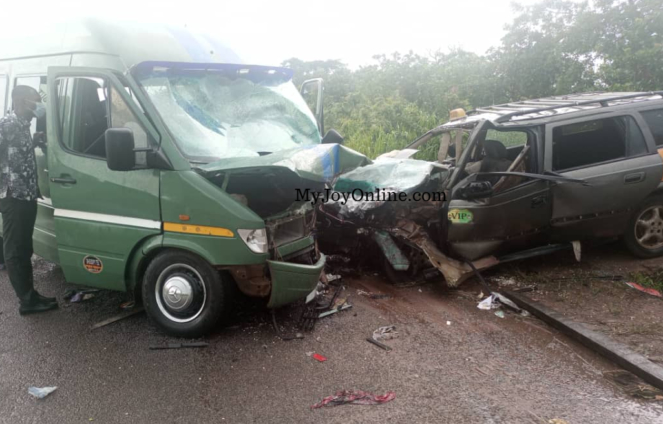 Twenty-six people have died in road traffic crashes during the third quarter of this year in the Bono region.

The Bono Regional Manager of National Road Safety Authority (NRSA), Kwasi Agyenim Boateng, who disclosed this in an interview, stated that 55 persons got injured during the same period.

He further revealed that 71 vehicles were involved in the road crashes recorded in the region between July and September this year.

Mr Boateng attributed the road crashes to overspeeding, drunk driving and lack of routine maintenance by vehicle owners among, other things.

“The recent disregard for road traffic rules and regulations by road users within the region is a worrying situation which is derailing our efforts to reduce road accidents, but we will never rest on our oars,” Mr Boateng stressed.

He said the authority is working with the Driver and Vehicle Licensing Authority (DVLA) and the Motor Traffic and Transport Division (MTTD) for sensitisation, enforcement and strict adherence to road traffic regulations.

Mr Boateng added, “the control of road accidents remains a shared responsibility hence the need for intensified efforts to control the crashes and fatalities on accident-prone highways in the region”.

The move, he said, will drastically reduce road traffic crashes within the Bono region and further prevent needless deaths.

He implored stakeholders, including transport unions and passengers, to support the NRSA to ensure discipline on the roads.