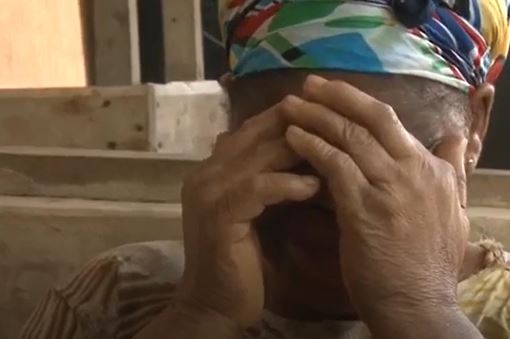 I thank you Mr. Speaker for the opportunity to make a statement on this very important subject on the Floor of the House.

Mr. Speaker, Madam Elizabeth Asantewaa, an innocent victim of the 1964 bomb blast at Kulungugu in the Upper East Region of Ghana, continues to live in severe pain and deprivation and apparently neglected after Ghana’s first President Dr. Kwame Nkrumah was overthrown in 1966.

As a young girl at the 1964 Independence Day celebration, she was given a bouquet of flowers to hand over to Dr. Kwame Nkrumah. Unknown to the little innocent Elizabeth Asantewaa, a bomb was planted in the flowers which exploded in her face causing her injuries.

Mr. Speaker, Madam Asantewaa eventually lost one of her limbs as she had had to be amputated with the other leg continuing to develop unbearable pain. Accounts have indicated that then President Kwame Nkrumah, having taken notice of her condition resulting from that unfortunate incident of 1964, dedicated to take care of her resulting in her being flown to the United Kingdom for medical attention.

Unfortunately, Mr. Speaker, that intervention from government ceased the very moment the Osagyefo Dr. Kwame Nkrumah was overthrown. Since then, her situation worsens by the day with the responsibility of her upkeep solely on herself and her immediate family. Occasionally, individuals and groups who have learnt of her condition, come around to make donations to her.

For instance, Mr. Speaker, about September 2015, a Youth Group from the National Democratic Congress paid her a visit and made some donations for her upkeep. At about March 2019, some two years ago, a Non-Governmental Organization ABLE Initiative, committing in helping Persons Living With Disabilities, went to her aid with some items aimed at supporting the suffering woman. The question that arises therefrom, Mr. Speaker, is, so if no one visits to make donations to her, how does the 71 year old survive?

In one of her accounts in a YouTube video I watched recently, Mr. Speaker, and I provide the link here for my colleagues to be able to follow her sad story (https://youtu.be/gDzZTwCjXWs), there comes a time when she could barely have anything to eat. For 57 years, this innocent girl grew up into an adult with her dreams shuttered. She could barely do anything for herself.

Unfortunately, Mr. Speaker, the nation has abandoned this innocent daughter of hers whom, through no fault of hers, was maimed at a national event some 57 years ago.

If for nothing at all, she was at the time, undertaking an assignment whose symbol continues to be practiced today. Till today, Mr. Speaker, bouquet of flowers are handed over to our President at events. We note the significance of these gestures, but have failed to simply pay attention to a single individual who has been rendered ‘futureless’ by some unfortunate conspirators.

I want to draw the attention of this House Mr. Speaker, on the need to impress on government to make arrangements to ensure her medical conditions are attended to, and if possible, a compensation paid to her for how unfair the nation she almost died for at such a tender age of 13, has treated her for the past decades. She remains a victim of extreme misguided acts and must not be made to suffer this into her death.

Mr. Speaker, her pain must be minimized through our gesture as Parliament and as a nation. Attending to her would simply reemphasize the point that the country cares about people who lay their lives for her. It is unfortunate that even upon several media efforts aimed at bringing her story to the attention of the public, the state has not been able to lend a hand of support.

She is a daughter of the state who requires maximum protection based on what she is going through. The nation Ghana must stand for her, and that must be done while she remain alive. Her courage and belief continues to amaze many, but I feel the nation has an opportune time to put smiles back on the face of Madam Elizabeth Asantewaa.

I thank you Mr. Speaker once again for the opportunity.