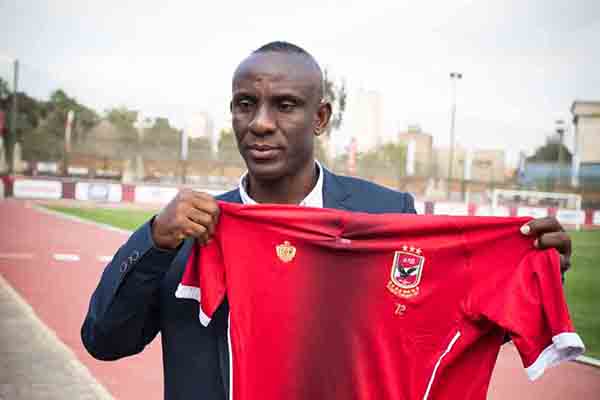 This, according to him, will help most of the local coaches to succeed when given a national team coaching role.

“Local coaches are not prepared well before their appointment. For instance, CK Akonnor was not prepared well, he found himself in a tight situation; if he was empowered with more coaching knowledge and skills he would be strong in taking independent decisions’’, he stated.

Felix Aboagye, after representing the national team from 1996 – 2000 has coached three clubs with CAF license A.

He played along with the likes of Abedi Pele, Tony Yeboah, CK Akonnor, Kwame Ayew, Augustine Arhinful, and was part of Ghana’s Football Team at the Atlanta Olympics in 1996.

He began his career with Dawu Youngstars in 1992. He moved to Al Ahly in Egypt just after a year and spent five years with the Cairo giants before switching to the Greek side Olympiakos.

Speaking with Benjamin Akakpo on Prime Morning on Wednesday, the former striker hinted that elsewhere in Europe, there are coaching programmes to train and empower coaches before giving them the mandate to handle a national team; hence the time for Ghana to follow suit instead of hiring foreign coaches.

“I monitored Gareth Southgate when he was with the U-23 team, the English FA planned for him to take over the senior team for four years; he acquired various coaching skills through coaching programmes where he understudied other coaches. l wish GFA will empower coaches as such because coaching a national team is very difficult and requires both human relations and technical skills”, he added.

The Executive Council of the Ghana Football Association (GFA) terminated the appointment of Black Stars Coach, CK Akonnor and his two Assistants in September, 2021.

This was followed by the receipt of the technical reports from Akonnor and the Black Stars Management Committee after Ghana’s Group G World Cup qualifying matches against Ethiopia and South Africa.

The termination which came as a shock, has got many football experts talking as to who is to be blamed for the team’s abysmal performance.

Adding his voice to this controversial sacking, Mr. Aboagye blamed the GFA for not giving CK enough room to operate.

He insisted CK Akonnor was not treated well because he was not given time to groom the players to suit his coaching style. According to him, it is very difficult for coaches to blend players from different clubs with different playing tactics to play for a nation within a short time frame.