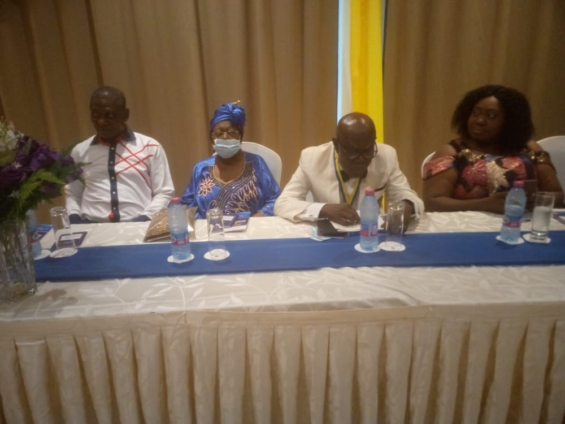 The Rotary Club of Kumasi-East has raised an amount of GH₵12,680 to support the Mother-Baby Unit at the Kumasi South Hospital in the Ashanti Region.

Challenges such as inadequate beds and lack of modern equipment plague the facility that serves as the regional hospital.

The unavailability of a Continuous Positive Airway Pressure (CPAP) machine is also seriously impacting the health of babies, as authorities are compelled to heat two neonates simultaneously using one incubator.

During its 32nd handing over ceremony, the Rotary Club of Kumasi-East organized the funds to help the hospital to lessen the impact.

The estimated cost to resolve the issue is USD $20,000, but the club believes that over time, the entire sum would be raised to support the medical center.

She said that the Kumasi South Hospital is in desperate need of spaces to appropriately accommodate the newborns and cutting-edge equipment like CPAP and incubators.

She noted that “the mortality of newborn babies is worrying because 70 die every day as we speak. In Ashanti Region alone the statistics are that 52 per 1000 babies die every day. Kumasi South Hospital is a Regional Hospital and they have a very small place that cannot accommodate newborn babies.

“They also lack the equipment to help the newborn babies. Normally if they’re born before their time, they have big problems, so many complications. They don’t have the equipment for these babies. So as a mother and the President of a humanitarian organization, it behooves on me and together with my club, to help raise money to help this hospital.”

The Rotary Club intends to start several other projects in addition to the Kumasi South Hospital Project, including the construction of a state-of-the-art intensive care unit at KNUST Hospital, a project to fight cervical cancer, a water and sanitation project, and initiatives to improve basic education and literacy.

Dr. Rita Fosu Yeboah, the head of the Mother-Baby Unit at Kumasi South Hospital, thanked the charitable group for helping the facility.

She stated that while the Unit’s current situation is precarious, the gesture will significantly lessen the challenge.

Dr. Rita said that the Incubator, CPAP, and Phototherapy machines, among other pieces of limited equipment, are being overworked by the daily influx of infants.

She said “We lack some equipment, we lack what we call a CPAP machine and this machine helps to expand the lungs of newborns, so when you don’t have it, we have an improvised one where we use voltic bottle then we put a little bit of turbines and then connect it to oxygen to help them breathe but then again, we don’t know how much oxygen the babies are receiving and don’t know how much pressure entering the lungs so those are some of the challenges we have. We also have challenges with what we call Phototherapy machines, these (Phototherapy machines) are machines that we put jaundice babies under.”

She made an appeal to well-meaning Ghanaians and other charitable groups to support the hospital’s mother-baby unit.