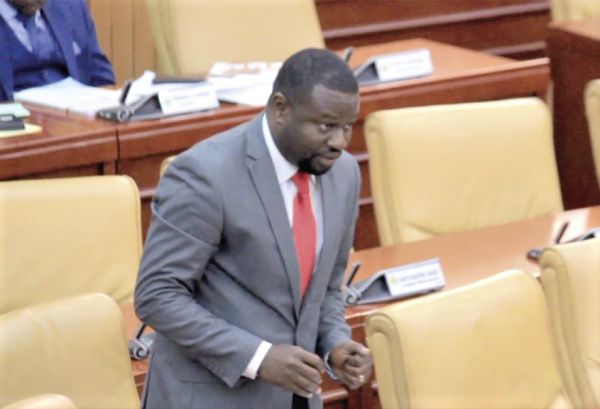 Majority Chief Whip in Parliament, Frank Annoh-Dompreh has said that the court ruling in the dual citizenship case, involving the Assin North MP, vindicates the NPP’s position since 7th January, this year.

According to him, the party has held the position that the Joe Gyakye Quayson was not validly elected and questioned his presence in the Parliament. They also had issues with the decision of the Minority to support Joe Gyakye Quayson to partake in decision making in the House.

“So, today we have been vindicated because from day one, we had made our point abundantly clear, that the member was invalidly elected and low and behold, a court has come to make a ruling.”

“Even before we were sworn in to be part of the 8th Parliament, we as members of the Majority had raised issues of eligibility, related to the Assin North Member of Parliament elect then,” Mr Annoh-Dompreh told the media at a press conference held in Parliament, Wednesday.

The case of the petitioner was that the MP at the time of filing to contest the 2020 Parliamentary Elections, had not renounced his Canadian citizenship and thus held dual nationality.

He further avers that at the close of nominations on the 9th of October, the Assin MP had not still renounced his Canadian nationality.

He said Joe Gyakye Quayson who still holds himself as the MP, is in complete violation of Article 94 (2a) and the court should declare his election null and void.

Meanwhile, Minority Leader, Haruna Iddrisu, has described as a travesty of justice the ruling from the Cape Coast High Court annulling the outcome of the 2020 parliamentary elections in Assin North.

He claims it is an attempt to use the courts to determine the balance of power in Parliament but the Minority remains unshaken.

According to the Tamale South MP, the judge erred in law and in facts.

However, Mr Dompreh said that the Minority, instead of dragging the executive into their comments, while expressing their displeasure, should rather appeal the court’s decision if they do not appreciate it.

He said that “we have built our country to the extent that we need to respect the separation of powers, because the minority leader is part of the legislative arm of government, and the court is part of the judiciary.”

“So if there is a court ruling and you don’t agree, you go and appeal. You don’t organise a press conference and start throwing jabs at the executive.”

Mr Dompreh said the Minority is confused mostly because they were taken aback by the decision of the court to cancel Assin North’s 2020 Parliamentary election.

“I can understand them. It has blown them off their feet, but for us, it has justified our position at the initial stages,” he added.