Rumours broke up my relationship with Sister Debbie - Medikal - MyJoyOnline.com

Rumours broke up my relationship with Sister Debbie – Medikal 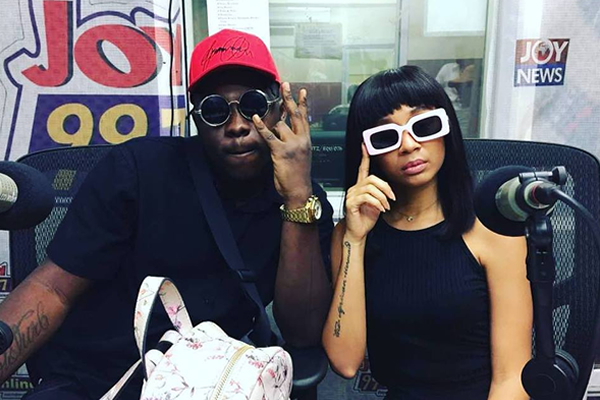 Sister Debbie disclosed in an interview that she walked out of her relationship with rapper Medikal after she heard rumours about him cheating.

Even though the model did not go into details, Sister Debbie stated that she walked out after confirming some rumours about the rapper, “I did not see why I should fight for someone who is proving to me otherwise.”

On Joy FM’s Drivetime with Lexis Bill Monday, the artist said he never cheated on his ex-girlfriend.

According to him, he was loyal to the model, who is also a singer, throughout their two-year journey as lovers.

The relationship between Medikal and Sister Debbie for the period of their dating was a subject of discussion for many.

People criticised the age gap between the two. Sister Deborah is eight years older than Medikal, as revealed in an interview on Cosmopolitan Mix in 2018. At the time of the interview with Joy FM’s Doreen Andoh, she mentioned that she was worried about the age difference between them.

"Age mattered to me at the beginning when we started talking but he assured me he wasn’t worried so he didn’t know why I should be,” she said.

The dream of seeing little Medikals and Sister Debbies running around was short lived when the two confirmed their break up in November 2018.

The two were being evasive about their relationship but dropped hints with diss songs.

Medikal later announced he was dating actress Fella Makafui, who he was rumoured to be cheating with.

He dropped his hit single “Ayekoo’” to celebrate his love for Fella Makafui and also confirmed in the song that his ex was giving him pressure to marry her.

After the breakup the two had been tight-lipped about what exactly caused the break up.

“I don’t want to go into details of it all, but she listened to people. When you listen to people too much you drop a lot of things,” he told Lexis Bill.