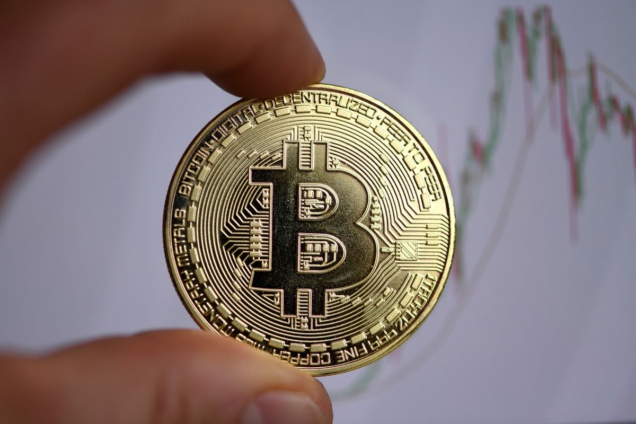 Russia is considering accepting Bitcoin as payment for its oil and gas exports, according to a high-ranking lawmaker.

Pavel Zavalny says “friendly” countries could be allowed to pay in the crypto-currency or in their local currencies.

Earlier this week, Russian President Vladimir Putin said that he wanted “unfriendly” countries to buy its gas with roubles.

The move is understood to be aimed at boosting the Russian currency, which has lost over 20% in value this year.

Sanctions imposed by the UK, US and the European Union, following the invasion of Ukraine, have put a strain on Russia’s rouble and raised its cost of living.

However, Russia is still the world’s biggest exporter of natural gas and the second largest supplier of oil.

Mr Zavalny, who heads Russia’s State Duma committee on energy, said on Thursday that the country has been exploring alternative ways to receive payment for energy exports.

He said China and Turkey were among “friendly” countries which were “not involved in the sanctions pressure”.

“We have been proposing to China for a long time to switch to settlements in national currencies for roubles and yuan,” said Mr Zavalny. “With Turkey, it will be lira and roubles.”

Analysts said Russia may benefit from accepting the popular cryptocurrency, despite the risks.

“Russia is very quickly feeling the impact of unprecedented sanctions,” said David Broadstock, a senior research fellow at the Energy Studies Institute in Singapore. “There is a need to shore up the economy and in many ways, Bitcoin is seen as a high growth asset.”

However, he noted that the value of Bitcoin has swung by as much as 30% this year. In comparison, the dollar has traded within 5% against the euro.

“Moreover, one of the major ‘friendly’ trade partners for Russia is China, and cryptocurrency is banned for use in China,” he added. “This clearly limits potential for payment using Bitcoin.”

There are concerns that Russian oligarchs could be using virtual currencies to avoid sanctions.

This has spurred Ukraine’s government as well as US and European politicians to ask crypto-currency platforms to ban all Russian users.

But many firms have ruled this out.

“Some ordinary Russians are using crypto as a lifeline now that their currency has collapsed,” said Brian Armstrong, chief executive of cryptocurrency firm Coinbase.

He said: “Many of them likely oppose what their country is doing, and a ban would hurt them, too.”

On Wednesday, Mr Putin’s comments on making “unfriendly” countries pay in roubles drove the currency to a three-week high.

However, many existing gas contracts are agreed upon in euros and it is unclear if Russia can change them. The EU relies on Russia for 40% of its gas.

DISCLAIMER: The Views, Comments, Opinions, Contributions and Statements made by Readers and Contributors on this platform do not necessarily represent the views or policy of Multimedia Group Limited.
Tags:
Bitcoin
Oil and gas export
Russia
Russia President
Vladimir Putin