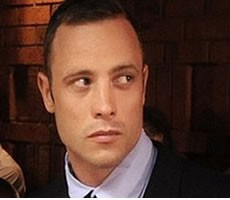 A South African judge on Wednesday ordered that Oscar Pistorius undergo psychiatric tests to establish if he has a “general anxiety disorder,” raising the prospect of lengthy delays in his murder trial.

Judge Thokozile Masipa said a “proper inquiry” was needed to test whether the sprinter had the disorder that could mean he was not fully responsible for his actions in shooting his girlfriend Reeva Steenkamp last year.

“The accused may not have raised the issue that he was not criminally responsible at the time of the incident in so many words, but evidence led on his behalf clearly raises the issue and cannot be ignored,” she said.

“Mental illness or mental defect are morbid disorders … not capable of being diagnosed by a lay court.”

Masipa said a full order will be made next Tuesday, when the court will reconvene, but indicated she may be amenable to a proposal for Pistorius to be treated as an outpatient.

The tests were not meant as punishment, she said, adding that she was unconcerned by any delay caused as long as it was in the interest of justice.

Pistorius could face up to 30 days of tests.

Prosecutor Gerrie Nel had asked the court to have Pistorius committed Tuesday, after defence psychiatrist Meryll Vorster claimed the sprinter’s deep-seated anxiety would have given him a heightened fear of crime.

During two months of trial, Pistorius’s lawyers have sought to portray him as manically obsessed with safety after a difficult childhood and in the face of high crime levels in South Africa.

Those factors, they argue, help explain his reaction on Valentine’s Day last year when he allegedly believed his girlfriend to be an intruder and shot her dead through a locked toilet door.

Nel said he did not believe Pistorius’s mental state was unusual, but warned the athlete’s defence team may try to use that evidence to limit sentencing, launch an appeal or reset the case.

“My lady, accused persons have in the past replaced their counsel, particularly when things go wrong,” said Nel.