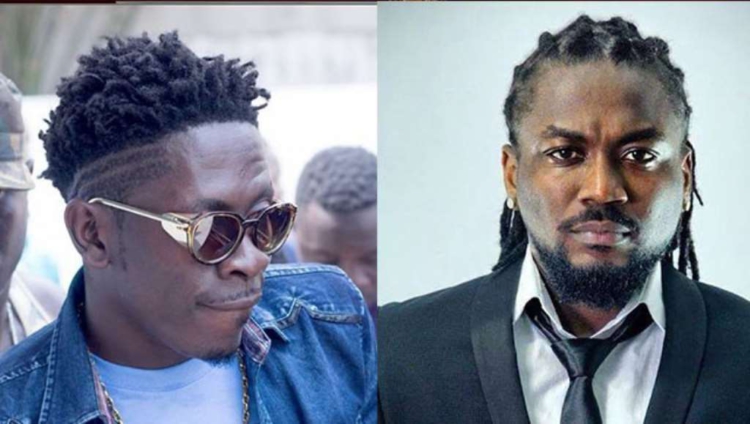 In an interview, the ‘My Level’ hitmaker Shatta Wale responded to Samini’s comment on social media, said he will only respond to the comment if Samini can afford a Rolex wristwatch.

“I wanna tell Samini if he can buy a $55,000 Rolex wristwatch, then I can respond to what he’s written, he’s being lazy, it’s about making money. He should stop that,” the artiste born Charles Nii Armah said.

The ‘Obaa’ crooner Samini took to his Twitter handle to dare Shatta that he cannot release a hit song anymore and that if he (Shatta) can do so, he (Samini) will release six hit songs to nullify, in responding to those comments Shatta said Samini is a dead artiste.

“He’s a dead artiste mehn that’s all I wanna tell you, he’s dead I don’t hear anything he says.”

Asked why he says Samini is a dead artiste, the ‘Melisa’ crooner  Shatta said Samini doesn’t know where music is going because he works with feelings, but he (Shatta) is adding up to his finances from the business of music.

Shatta Wale further told Joy Entertainment’s IB that “if Samini thinks he can release a thousand songs a day my people on the street will still love me for me, Samini won’t be on the street and get the love am getting.”