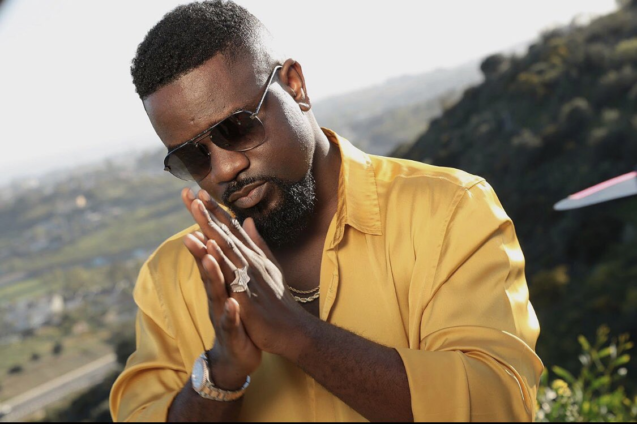 Entertainment Pundit, Mr Logic has weighed in on the public’s negative perception of Rapper Sarkodie regarding music collaborations.

According to him, some people believe that the Tema-based rapper reaches out to younger artistes for collaborations on musical projects for greedy reasons.

This comes on the back of the release of a Second Sermon Remix by Black Sherif, a song that features Nigerian’s heavyweight Burna Boy.

Many believe the ‘On The Low’ hitmaker only reached out for a song’s remix to tap into Blacko’s trendy status.

The controversy refreshes the minds of many on similar accusations of Sarkodie.

However, Mr. logic says people should “stop it.”

The Artiste Manager, who alleged that music fans describe Sarkodie as an opportunist, cautioned on Joy Entertainment’s Daybreak Hitz, “This thing must stop. It must stop now.”

He further explained that “he doesn’t need people to rise. Sark [sic] has risen to greatness already, the young ones [rather] need him”.

Narrowing his point to the conversation starter, Mr Logic stated, “in the music space, you always need a bigger brand to endorse you. It gives numbers, so Black Sherif is going to benefit more from this collaboration than Burna Boy”.

He believes the Nigerian only reached out for a feature because he loves the song.

Sarkodie’s collaboration with younger artistes has undoubtedly given them a wider audience.

The same can be said of Burna’s collaboration with Blacko, which plugs him into the Nigerian music industry.

DISCLAIMER: The Views, Comments, Opinions, Contributions and Statements made by Readers and Contributors on this platform do not necessarily represent the views or policy of Multimedia Group Limited.
Tags:
Mr Logic
Sarkodie
Young artistes