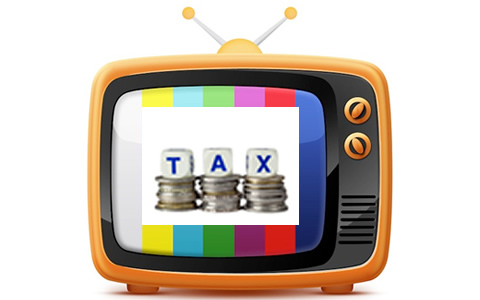 Michael Gove, the Justice Secretary, has called for non-payment of the BBC’s licence fee to be decriminalised amid growing concerns about the burden it is placing on the justice system, the Telegraph can disclose.

In a Cabinet split, Mr Gove has raised concerns with John Whittingdale, the Culture Secretary, that television licence offences now account for one in 10 cases at magistrates’ courts.

Mr Gove is understood to be particularly concerned because the Ministry of Justice is facing some of the deepest cuts of any government department in the spending review this autumn.

Mr Whittingdale has yet to formally rule out decriminalising licence fee offences, and the Telegraph understands that he found an official review which argued against such a change “persuasive”.

He is concerned that decriminalising licence fee offences could lead to a significant increase in the levels of evasion, damaging the corporation’s income stream. He also said he believed the burden on the justice system was not as severe as had been claimed.

In 2013, more than 178,300 people were prosecuted for failing to pay for a television licence, a significant proportion of the 1.54 million cases that came before magistrates. Seven in 10 of those prosecuted were women, with the majority receiving fines of up to £1,000 each. About 30 people a year are jailed for the offence.

Mr Gove publically raised concerns about the criminal enforcement of the television licence in July during an appearance before MPs on the justice select committee.

He said: “To what extent can we lift the burden on magistrates by taking some work out of court? One area which is a live area of debate is whether or not, at the bottom of the magistrates’ courts’ work, television licence non-payment should be decriminalised.”

A Whitehall source said: “There is an ongoing debate on this issue.”

A spokesman for the Ministry of Justice refused to comment.

Conservative MPs have repeatedly argued that licence fee offences should be decriminalised to bring them into line with offences relating to bills for utilities such as water, gas and electricity which are subject to civil penalties.

Under the proposals, which are also supported by Christians Against Poverty, unpaid licence fees would be treated as a “civil debt” and, as a last resort, would be pursued through county courts. It would not be treated as a criminal matter.

Andrew Bridgden, a Tory MP, said that the television licence had become an “anachronism” that “disproportionately penalises those with the least ability to pay”.

He said: “In the last parliament we had 150 MPs from all parties supporting decriminalisation. They realise it is disproportionate for the offence of not paying the £149.50 licence fee. I understand why the BBC objects as no commercial entity would ever wish to give up criminalisation to protect its income stream, but it is an anachronism and it is wrong.

“Not only is the majority of current MPs in favour, the vast majority of people in the country is in favour of decriminalisation. It should be a civil offence but that would mean the BBC would have to go through normal channels to collect debts.”

The Conservatives attempted to decriminalise the licence fee in the last parliament and gained the support of 150 MPs from all parties. However, the move was blocked in the House of Lords after strong opposition from the BBC, which has warned that it could lead to the closure of channels.

Ministers ordered an official review by David Perry, a QC, which last month warned against decriminalising the licence fee. He said that the move “carries the risk of an increase in evasion and would involve significant cost to the taxpayer”.

The future of the licence fee is now being considered by the Government ahead of the renewal of the Royal Charter next year. While all options are being considered, the Telegraph understands that Mr Whittingdale accepts the concerns raised by Mr Perry about the risks of decriminalisation.

The review states that while there are more than 170,000 prosecutions in a year, they occupy just 0.3 per cent of court time because they are often dealt with in single sittings. The Government is also examining a range of proposals including the idea of forcing viewers to pay extra for “premium” content such as drama and sport.

Under one proposal, the licence fee could be used to pay for “core” TV services while viewers could pay a subscription for more expensive content.

A BBC Spokesperson said: "The government's own evidence-based review found that licence fee evasion should not be decriminalised and that the current system is broadly fair, proportionate and provides good value for both licence fee payers and taxpayers."