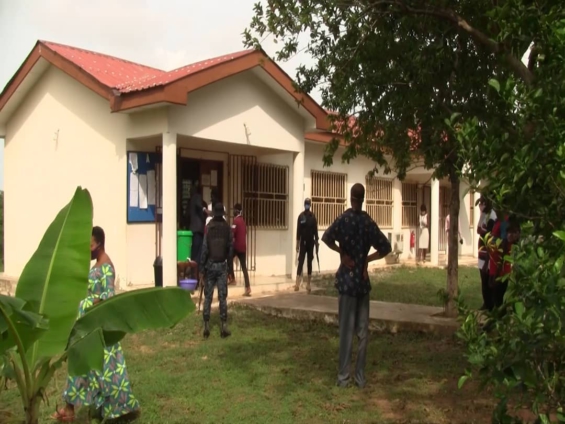 A Sekondi gender-based violence court has remanded two accused persons alleged to have defiled a 14-year-old girl at Agona Nkwanta in the Ahanta West municipality into police custody for two weeks.

The third accused who is 13-years-old has been asked to stay at the University of Cape Coast Juvenile cells to await processing for his sentence within a month by the Sekondi juvenile court.

After the charges were read to the two accused Francis Obeng, 19, and mobile phone repairer and George Anan, 20, and a carpenter’s apprentice pleaded not guilty to all charges while the 13-year-old pleaded guilty to all four charges.

Father of the victim Richard Quaicoe speaking to JoyNews after the hearing said his family will wait patiently for the final judgment and that will inform their next line of action.

He also revealed that his daughter is unable to walk for a long time after she was defiled by the boys.

“She can’t really walk as she used to, she mostly has to sit for some time after taking a few steps”

The judge, Naa Marley Akowah also requested for a psychologist for the 14-year-old class six pupil to take her through counselling.

The case has been adjourned to the June 16.