Sellas Tetteh: “Satellites must raise the bar” despite topping group 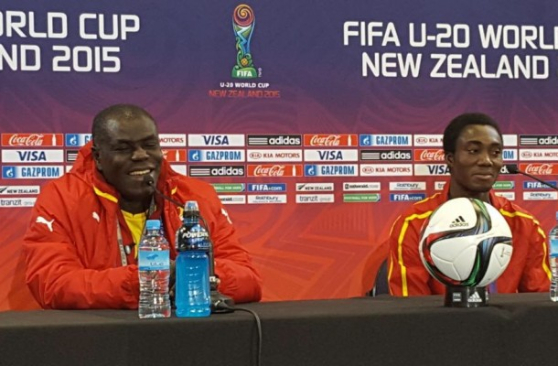 Sellas Tetteh has called for his side to raise their performance after sealing a place in the knockout stage of the Fifa U-20 World Cup.

Tetteh who guided the Ghana Under-20s to their first ever World title in 2009 and a third place finish last term (2013), admits his team must raise the bar too stand the chance of achieving their minimum semi-finals target.

“It was a hard-fought game and the slightly better side won in the end,” he said.

“Now we have to prepare for the Round of 16. It’s going to be very tough now and our level of performance will need to rise. We have to try to work on our weaknesses.

Tetteh also had praise for the hard-fighting Panamanians who exposed his side’s weakness when they clashed at Auckland’s North Harbour Stadium on Friday.

“Our opponents surprised me today. I was in shock simply because at the World Cup you see such different standards of performance, and today Panama played very well,” said Tetteh, who guided Ghana to their 17th game at the U-20 World Cup level.