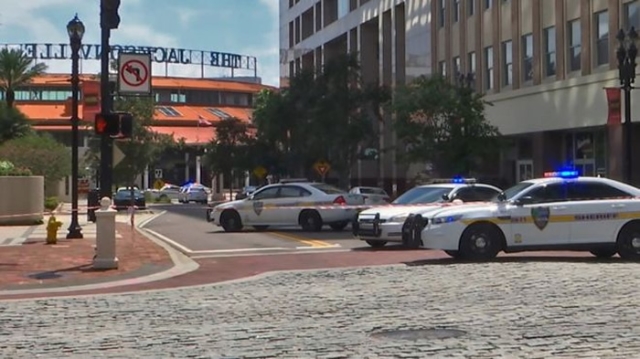 Several people have been killed in a shooting at an entertainment complex in Jacksonville, Florida, police say.

The suspected gunman, a white male, was dead at the scene and no other suspects were being sought, the sheriff's office said.

An unspecified number of people were also wounded in the incident.

The shooting happened during a video game tournament being held at Jacksonville Landing.

Many shots can be heard in a video that appears to show the event being streamed online on the Twitch platform.

The players were playing the American football game Madden at the time.

Drini Gjoka, a 19-year-old player taking part, described the shooting in a series of posts on Twitter, calling it "the worst day of [his] life".

"I am literally so lucky. The bullet hit my thumb," he tweeted.

EA Sports, the company that owns Madden and approved the competition, said it was working with the authorities.

The local sheriff's office said on Twitter that Swat teams were continuing to search the area.

They said that they had found "many people" still hiding there and urged them to stay calm.

Local media report that at least four people have been killed, and at least 11 others are injured.

Police have not confirmed the exact numbers.

According to the Los Angeles Times, a gamer opened fire after losing, then killed himself. The report, which quoted messages from another gamer, could not immediately be confirmed. 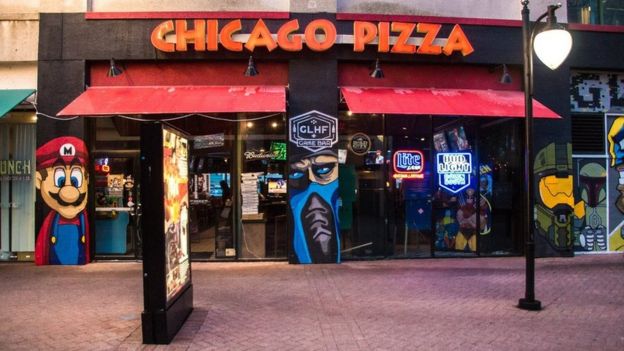 Florida Governor Rick Scott said he was being updated about the situation.

The state has seen several mass shootings in recent years, including at the Pulse nightclub shooting in Orlando in 2016 and the Marjory Stoneman Douglas School in Parkland in February this year.

The Jacksonville Landing is a large shopping, entertainment and dining complex in the city centre.