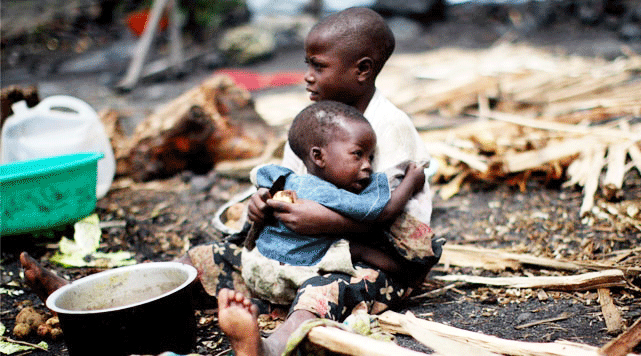 Children under five years are facing severe malnutrition in the Upper West Region of Ghana, according recent a report by the World Food Programme (WFP).

The World Food Programme Comprehensive Food Security and Vulnerability Analysis Report of 2012 indicates that 22.3 percent of households in the region were moderately food in-secured while 1.4 per cent was severe food unsecured.

Acute malnutrition, which can be prevented and managed, has increased from 7.7 percent in 2006 to 9.2 percent in 20111, according to the WFP report.

Regional Director of the Ghana health service, Dr. Abdulai Adam Forgor, says the region has failed to make significant progress in dealing with the problem.

Giving the malnutrition statistics at this year’s Nutrition Review and Planning Meeting, Dr Forgor said it was not surprising that the region was not doing well because it was still bedeviled with food insecurity, poor hygiene and sanitation practices.

“This is still very serious and has a lot of health implications and increased infection rates which eventually result in under-nutrition in children less than five years,” he said

Dr Forgor, who also gave perturbing statistics on stunting among children, said stunting for the region was 22.5 percent in 2006, but that had increased to 23.1 percent in 2011.

Stunting is a chronic under-nutrition which can start in uterus, when a pregnant woman is malnourished.

The Regional Director of Health Services said stunting had serious consequences on the life of a growing child, both short term and long term, with the short-term implications being its ability to affect cognitive, motor and language development.

Some of its long-term challenges include increased health expenditure and opportunity costs for care of the sick and increased morbidity and mortality, as well as reduced learning capacity, poor school performance and work capacity and productivity among others.

Dr Forgor said the Regional Health Directorate was implementing several nutrition interventions to help prevent malnutrition or manage it when it was detected.

The IYCF targeted pregnant women and women with children less than five years to help improve maternally and child care practices at the household level.

Dr Forgor said the Community-Based Management of Severe Acute Malnutrition was also a rehabilitative intervention for children with severe acute malnutrition or severe wasting, who were sent to the facilities and rehabilitated using a therapeutic food.

Children less than five years with this condition were treated at the outpatient department and those with severe conditions were admitted.

He said People Living with HIV and AIDS and Tuberculosis were also treated with fortified blended flour in addition to the plumpy nuts from World Food Programme under the Nutrition Assessment, Counselling and Support intervention.

The Regional Directorate has also embarked on a campaign aimed at informing people about the importance of consuming iodised salt a the household level meant to achieve 90 per cent adequate salt iodisation at the household level.

The two days review forum was on the theme: “Harnessing Sectors for Multi-sectoral Coordinating and Planning for Nutrition.”

It would review nutrition specific and nutrition sensitive activities and plan for scaling up priority interventions in 2015 to meet the specific objectives of the national nutrition policy as part of the common results framework of Ghana.

Stakeholders in the health sector attended the meeting.