Sex and sports; the untold truth 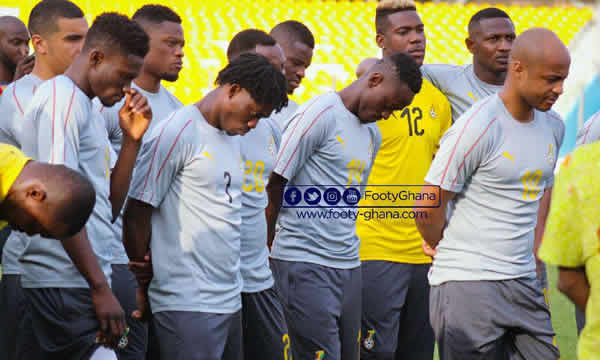 Why sex is sacred in African spirituality

The dictionary defines sacred as “made or declared holy, dedicated or devoted exclusively to a use, purpose, or person worthy of reverence or respect.”

The word itself comes from the Latin, sacra meaning “sacred, holy, consecrated,” that is, blessed or revered.

It is believed that it is a vehicle through which the ancestors came into the world.

The Bambara of West Africa – found mainly in Mali, Guinea, Burkina Faso and Senegal – forbid sexual intercourse at daytime. They believe an albino child will be the progeny of such abominable union.

The Mende – one of two main ethnic groups found in Sierra Leone – who are a subset of the Mande people stretching across Benin, Burkina Faso, Ivory Coast, Chad, The Gambia, Ghana, Guinea, Guinea-Bussau, Liberia, Mali, Mauritania, Niger, Nigeria, Senegal and Sierra Leone, frown on sexual intercourse in the bush.

Among the Ganda of Uganda, sexual intercourse on the eve of a battle brings bad luck and defeat. Sex is also forbidden while processing wood for canoe construction. It is also a taboo for mourning Ganda women to have sex.

Kwoma men of north-eastern New Guinea, are also prohibited from having sex after a cult ceremony has been held.

The Christian point of view

In the pre-Christian view, sex is sacred simply because it’s part of life. In the Christian view sex must be shown to be deserving of reverence. No problem! Here’s why it’s worthy!

To bond with someone is to form an enduring connection — to feel a strong sense of mutual caring, intimacy, and appreciation. Bonding satisfies our need to belong and can occur in the absence of sex whenever a powerful shared experience creates a feeling of kinship. Not only is bonding critical to survival for many species, it supports health and happiness.

People live longer and have fewer problems when they have a family-social-community context. Sex helps bring people together and keep them together. What else could motivate us to overcome the difficulties we encounter in intimate relating?

Love making is more fun and more readily available than the natural disasters, war, and other life-threatening situations which also create strong bonds among those who survive.

Many athletes abstain from sex before major sporting competitions because they (and sometimes their coaches) are worried that getting it on might have a negative impact on their performance.

For instance, British boxer, Carl Froch, recently abstained from sex with his spouse for three months while preparing for a major fight. Froch actually held out twice as long as famed boxer Muhammad Ali, who reportedly only abstained from sex six weeks before fights. Also Azuma Nelson once said on Asempa FM that he doesn’t have sex when he has a fight.

So should other athletes take a cue from these guys? Is there any truth to the idea that sex and sports don’t mix? A new study published in The Journal of Sexual Medicine offers some insights.

In this study, researchers looked at whether young men’s muscle strength and endurance (specifically in their legs) were impacted by whether or not they had sex 12 hours beforehand. All men were tested twice (once following sex and once when they had abstained).

So what did they find? Nothing.

There was no difference in the amount of muscle strength exerted during the test regardless of whether men had sex the night before.

This is consistent with a larger body of research finding that there just isn’t a clear or consistent effect in men or women. However, some data does suggest that having sex very close to competition (i.e., within two hours) might be another story to learn more about what research on sex and athletics has revealed.

Revelations by some athletes, clubs and coaches

In 2007, Accra Hearts of Oak found themselves enduring a slow start to the season.

A section of the fans of the club, was angry with the team’s underwhelming performance and attributed it to the women’s supporters wing of the club, named ‘Hearts Ladies’.

They claimed Hearts Ladies were infecting the players with ‘bad luck’ by having a lot of sex with the players.

Ghanaian female boxer, Yakor Chavez told Asempa FM that whenever she begins to train ahead of a bout, sex no longer becomes part of her. She believes sex drains a lot of energy so it will have a negative effect on her before going into a match.

One of the greatest boxers, Azumah Nelson, also believes having sex before going into the ring is not good.

“As a journalist, you can have sex with your partner and you will still be able to deliver but boxing is not like that so I had to learn how to abstain,” he told Asempa Sports.

Also Ghanaian boxer, Ayitey Powers claims he abstains from sex from ahead of every bout.

One of the world’s greatest footballers, Ronaldinho is on record to have said: “During my time at [Spain’s FC] Barcelona I often practiced sex before games and it was not just not a problem but a benefit, as it made me happier before I played on the field.

I had sex at age 13 with a neighbour, we were friends, and it was beautiful for both,” he said.

Becky Vardy (wife of footballer, Jermie Vardy) hinted that boss Gareth Southgate has stopped short of showing sex a red card in the England camp – giving his squad the freedom to score with their WAGS.

According to her, there’s nothing scientifically proven to say that sex hinders performance. If anything, it probably excels performance rather.

Brazil’s Luis Nazario de Lima Ronaldo, who was a World Cup winner and three-time World Player of the Year, told Brazilian Television in 2004: “I have had sex several times before some games. It helps you concentrate. Not all the coaches let you have sex before a match though. I have noticed that in some games that I played better because I had sex before them.”

Man City boss, Pep Guardiola had told his team in the past that having sex ahead of a big clash will make them better players.

George Best, Manchester United legend once said: “I certainly never found it [sex] had any effect on my performance.

“Maybe best not the hour before.”

Ex-England gaffer, Fabio Capello, notoriously slapped a sex ban on his squad ahead of the 2010 World Cup in South Africa.

Paris Saint-Germain star Kevin Trapp’s model girlfriend has hinted the goalie might be too tired to perform on the pitch, given their rampant love life.

Four months before the crucial 2014 World Cup which they hosted and planned on winning, Coach Luis Felipe Scolari spoke on the subject.

“The players can have normal sex during the World Cup,” he began softly, later adding a headline-grabbing caveat: “Usually normal sex is done in a balanced way but some like to perform acrobatics. We will put limits and survey the players.”

Indeed, for that World Cup, as many as four teams – Bosia and Herzegovina, Chile, Mexico and Russia – banned players from having sex, restricting access to their footballers’ wives and girlfriends.

“Nobody has died from practicing abstinence for 40 days,” Mexico coach Miguel Herrera defended.

Let’s revisit the countries that enforced sex bans at the Brazil World Cup. We’ll find out that all of them failed to make it past the round of 16. Rather, Germany and Netherlands – two teams known not have banned sex, reached the semis, and Germany went further to even win the trophy.

Interestingly, people from other sports agree that the fear of sex before performance is basically much ado about nothing.

“Being with a woman all night never hurt no professional baseball player,” baseball coach, Casey Stengel, once famously said.

Even at the Olympics, where athletic performance is upheld and celebrated, sex is seen as normal and no big deal.

Orlando Pirates coach Augusto Palacios made headlines by announcing a ban on sex for his players three days before games because, “it will drain their energy and take away their concentration levels.

“I am so strict about players conducting nefarious activities because I need to protect the interests of the club,” he added.

In 2004, physiology expert, Dr Ian Shrirer, a former president of the Canadian Academy of Sport Medicine, explained: “(Having sex) the night before has no effect on strength or endurance or any of the physical abilities of the athletes. A lot of people think it has to do with the psychological effects.”

In the case of women, the dynamics are even more fascinating.

“Coaches generally tell their athletes to abstain before competition. In the case of women, that’s the wrong advice,” said Israeli physician Alexander Olshanietzky in 1996, before the Atlanta Olympics.

“We believe that a woman gets better results in sports competition after orgasm. Generally, it’s true of high jumpers and runners. The more orgasms, the more chances of winning a medal.”

In a rare research endeavour published in the Journal of Sports Medicine and Physical Fitness in 2000, the researchers concluded: “Our findings show that sexual activity had no detrimental influence on the maximal workload achieved and on the athletes’ mental concentration.”

I conclude by saying that the abysmal performance by Ghana’s senior men’s football team, the Black Stars, in the just-ended Africa Cup of Nations in Egypt, was not as a result of sleeping around with girls while in camp as some have claimed.