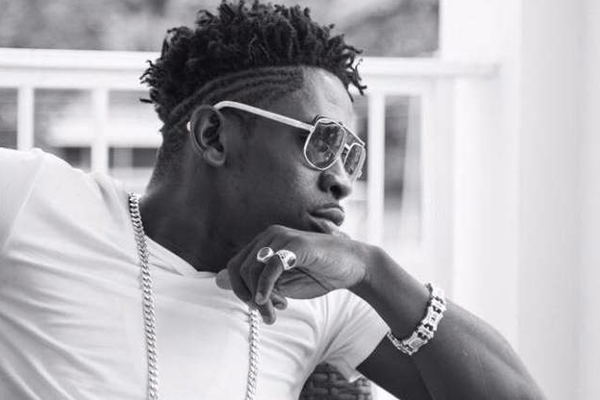 The furore over why there was a deficit in Ghanaian artistes at the CAF African Footballer of the Year awards on Thursday has taken a new twist as event sponsors, Aiteo, have apologised to superstar artiste, Shatta Wale.

They have done so over their inability to make sure he performed on the night, as was previously agreed.

As one of Ghana's most prominent acts, the musician was seen as the torch-bearer for the nation on a platform where no less than seven Nigerian artistes performed on the night, with token appearances from acts from Togo (Toofan) and Congo (Fally Ipupa). This comes on the heels of local uproar at the lack of respect shown to Ghana's grace for hosting the event, which compelled the President of CAF to apologize, and demand an explanation from the sponsor.

Shatta Wale himself has alleged that some shady monetary dealings compelled him not to perform on the day.

Aiteo broadened their apology to the people of Ghana as well in the statement issued on Saturday afternoon.

Here it is, in full.

Following the hugely successful CAF Awards event on Thursday, 4 January 2018, we feel constrained to offer both clarification and explanation as to the circumstances that led to the non-involvement of one national performer in the entertainment aspect of the event.

We start, in the first and primary instant, by apologizing for non-outing of Ghana music star Shatta Wale at the event.

This omission, contrary to some reported media accounts, was not deliberate.  Far from it. Shatta is an artiste whose work and reputation we continue to hold in the exalted heights that he has attained.  It is this appreciation that to led to his inclusion amongst those listed to perform.  That this did not happen did not occur through any actions on the part of the organisers. As sponsors charged with the implementation of various parts of the arrangements on the day, we take responsibility for the omission and offer our unreserved apologies to the Government and good people of Ghana.  We are, nevertheless, able to confirm that every arrangement was made for Shatta Wale to appear and perform at the event. Constraints beyond our control caused an enforced departure from that scheduling. The circumstances that brought about this situation are deeply regretted.

It is indisputable that we, as a company, hold His Excellency, President Nana Addo Dankwa Akuffo-Addo and the Government and good people of Ghana in the highest esteem.  This appreciation is evident in the dispatch with which the choice of Ghana as hosts was made; our commitment to deployment of considerable domestic support in organizing and delivering the event; the high level of commercial activity directly impacting the immediate community by the event as well as the significant and well deserved enhancement of Ghana’s standing in the global football community.  These were all the factors that we as an organization earmarked as irreducible minimums in electing to stage the event in Ghana.  We can say, with some assuredness, that those objectives were substantially achieved.  It is important to note that even within the entertainment aspect of the programme, Ghanaian interest was very visibly represented in one half of the presenting team for the event.

We take this opportunity to reiterate our most profound gratitude to His Excellency, President of the Republic of Ghana, President Nana Addo Dankwa Akuffo-Addo for greatly enhancing the stature of the event not only by his presence but his impressive display of knowledge of Ghanaian, African and world football. His Excellency enraptured a world audience with his vast knowledge and we cannot thank him enough. We also wish to appreciate, especially former President of the Federal Republic of Nigeria, Chief Dr Olusegun Obasanjo, GCFR of Nigeria, former President John Jerry Rawlings of Ghana and his wife, the First Lady-designate of Liberia, Governor Akinwunmi Ambode of Lagos State, Nigeria, FIFA Secretary General Fatima Samora, members of the Ghana Federal Executive Council, the leadership of CAF, the Ghanaian Football Association and Nigeria Football Federation. We are very proud to have been involved in this event with such distinguished and accomplished company.  We recognize the errors that occurred and pledge our commitment to making necessary adjustments in future.