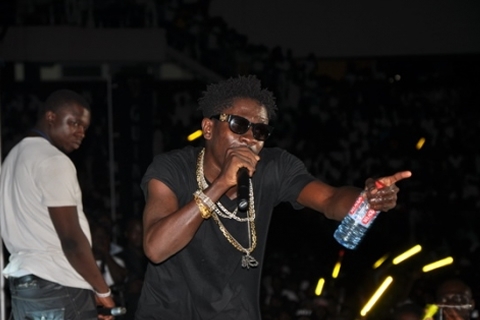 After several attempts by event managers and promoters to book Shatta Wale to perform in Ho,  the stage is set for the dance hall king to storm Ho.

Ghanaian dance hall music artiste Shatta Wale is expected to bring the Volta region to a halt at the Ho Sports Stadium on 1st January, 2014.

This is the first time the much talked about musician will perform in the Volta regional capital where his music enjoys great patronage.

Several organizers of musical shows in Ho had failed in several attempts to get the Shatta movement sensation to Ho but CEO of Asta Advertising Kobby Ashong, organizers of Volta New Year extravaganza, said he is sure that the Shatta fever will catch all music funs  in Ho.

Lawrence Nana Asiama Hanson aka BullDog, Manager of Shatta Wale confirmed the much anticipated performance to crown the new year celebrations in Ho.

According to him Shatta Wale will be in Ho to honour his huge fan base in the Volta region.

Expectations are already high as fans eagerly wait for the much talked about Shatta Wale concert to headline the Volta New Year extravaganza.