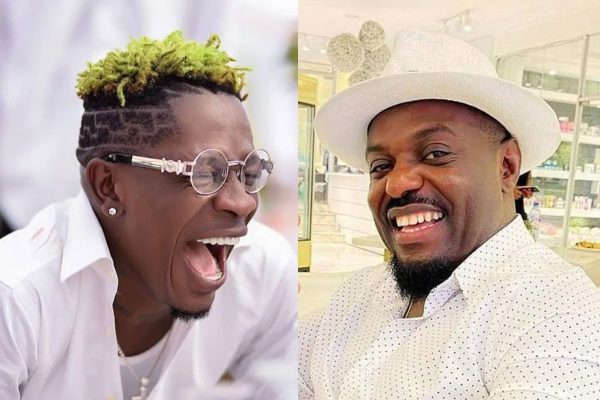 According to him, the Ghanaian artiste’s ability to take over trends with his antics is commendable.

Speaking on Joy FM’s Cosmopolitan Mix Thursday, the actor born James Ikechukwu Esomugha said one needs to be strategically positioned to make it in the entertainment industry.

“I think Shatta just wakes up in the morning and decides what am I going to do to provoke people’s thoughts? He will go like Jim Iyke looks like me. He is going to wake up tomorrow and say; I want to be President of Ghana.

“He will not be president and we all know that, but Shatta will go there and run to be President and just get you guys to talk about him. He understands the propensity of the business,” he said.

The Ace Actor made these comments in reaction to a social media post Shatta Wale made, suggesting that he looks like Jim Iyke.

Commenting on the development, Mr Iyke said the post is most “flattering” and believes that the ‘I know my level’ hitmaker deliberately made up those posts to remain relevant in the industry.

He also revealed that he first met Shatta Wale at an airport in Maryland, and they had a quick conversation and dashed off to catch their respective flights.

Meanwhile, the philanthropist and businessman shared nuggets he believes could help turn Ghana’s movie industry around.

He said Ghana’s movie industry needs shared will by filmmakers, creators and other stakeholders to turn things around.

The Nollywood star thinks “the laid-back approach that Ghanaians have towards the industry” cannot be overlooked in assessing the cause of the decline.

Jim Iyke is in Ghana to premiere his latest movie, ‘Bad Comments’, on Saturday, October 2, at the Silverbird Cinemas in Accra.