Chris the sheep, a merino famed for once being discovered with the world’s heaviest fleece, has died in Australia.

The animal generated global attention in 2015 after being spotted in the wild carrying what was described as six years’ worth of wool.

A life-saving haircut followed, with a shearer removing 41.1kg (88lb) of fleece – later confirmed to be a world record.

On Tuesday, his carers at a New South Wales farm said he had died of old age.

“We are heartbroken at the loss of this sweet, wise, friendly soul,” the Little Oak Sanctuary wrote online.

Chris was thought to be aged 10 – a fairly average lifespan for a merino sheep.

He won many fans after being spotted and rescued near Canberra four years ago.

At the time, animal welfare experts warned that the weight of the wool – at almost five times the normal size – was a risk to his health.

It was later removed by a national shearing champion, Ian Elkins, who said he had never seen anything like it in 35 years of work.

Hundreds of Australians volunteered to adopt the sheep, and his mammoth wool coat was later put on display at the National Museum of Australia. The story was also recorded in a picture book for the RSPCA. 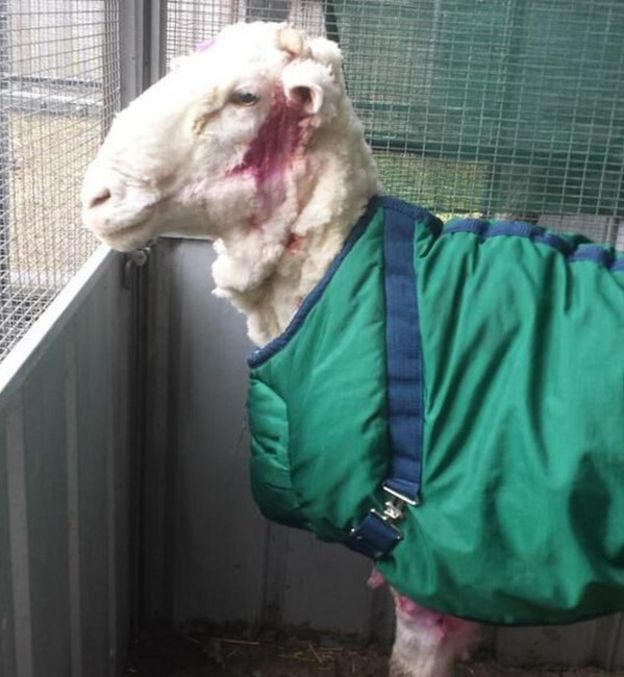 The sheep had appeared healthy in recent days, according to carer Kate Luke, who told The Canberra Times that “his death came out of the blue”.

The sanctuary added that while Chris was best known for his fleece, to staff he had been “so much more”.