British businessman Shrien Dewani has formally pleaded not guilty to murdering his wife on their honeymoon in South Africa in 2010.

Mr Dewani, from Bristol, is accused of hiring a hitman to kill his wife Anni.

The couple were held at gunpoint while being driven in a taxi through Gugulethu township near Cape Town.

Mr Dewani, 34, who was thrown from the taxi, has told Western Cape Crown Court his "whole world came crashing down" when his wife was found shot dead.

Mr Dewani faces five charges including murder and lying about the circumstances of Anni's death.

Through defence lawyer Francois Van Zyl, Mr Dewani said he has "had sexual interaction with both males and females".

"I consider myself to be bisexual," the court was told.

"My sexual interactions with males were mostly physical experiences or email chats with people I met online or in clubs, including prostitutes," Mr Dewani's witness statement said.

Mr Dewani said he had abnormally low levels of hormones, rendering his chances of having children slim. He said he discussed this with Anni, whom he began dating in summer 2009.

The court also heard of a volatile relationship between the newlyweds, including an "angry disagreement" in May 2010.

A letter sent later from Mr Dewani said "I really do love you. Want to be with you forever."

But Anni wanted to call off the wedding claiming Mr Dewani was "too controlling".

"We really frustrated each other, we were in love," he said through his lawyer.

The pair married later in 2010 and travelled to South Africa for their honeymoon. According to Mr Dewani, he bought flexible tickets for the trip.

It was when the couple arrived in Cape Town that Mr Dewani met taxi driver Zola Tonga, who has already admitted his part in Anni's murder.

Tonga told Mr Dewani he was an "executive tour guide", and was asked to hire a helicopter as a surprise for Anni.

The driver, according to Mr Dewani, also helped to change £5,000 in order to get "a good market rate". 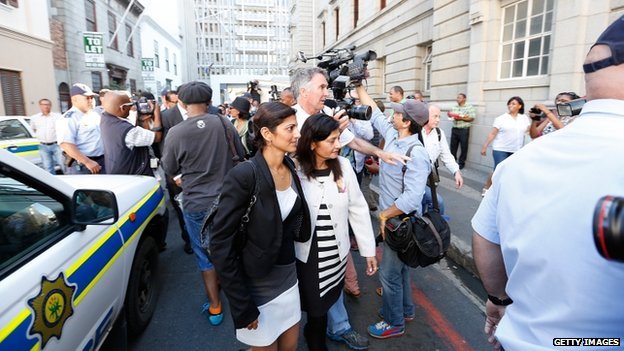 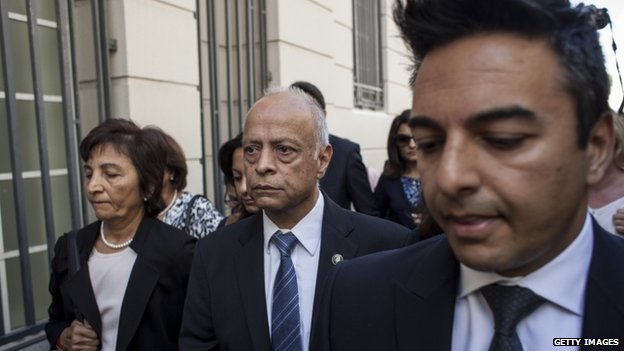 On the night of Anni's death Mr Dewani was carrying "a large amount of cash", and Tongo had texted Mr Dewani to ask if he still had money for the helicopter ride.

Later, when they were in the taxi, Tongo pulled off the motorway and the car was stopped.

"The next thing I recall is somebody next to me, who told me to lie down. The person had a gun in his hand. He was waving the gun in the air," Mr Dewani's statement said.

"We were both terrified and immediately complied with his demands. I was lying half on top of Anni. Another person was behind the steering wheel. I do not know where Tongo was at that stage."

He then tried to find help before being taken back to his hotel by police.

Mr Dewani said he later met Tongo who he felt "sorry" for and had planned to give him some money.

At the scene – BBC reporter Andrew Plant in Cape Town

The court opened at 9.30am this morning, before the full heat of the South African sun could fully beat down on the crowds waiting outside.

Dozens pushed to the front of the queue – local people looking for a place in the small public gallery, and knowing that every seat would be quickly taken up.

Dozens of journalists are left outside of the courtroom – it's simply not large enough for them all to watch proceedings inside.

And the trial isn't in the biggest courtroom here either. The justice service here is anxious that Shrien Dewani be protected as far as possible from the media gaze, worried that his mental state is fragile, and any relapse into depression may further delay a trial that has taken so long to come to court.

Prosecutors claimed he was hired to carry out the killing.

Zola Tongo, was jailed for 18 years after he admitted his part in the killing and another accomplice, Mziwamadoda Qwabe, also pleaded guilty to murder and was jailed for 25 years. 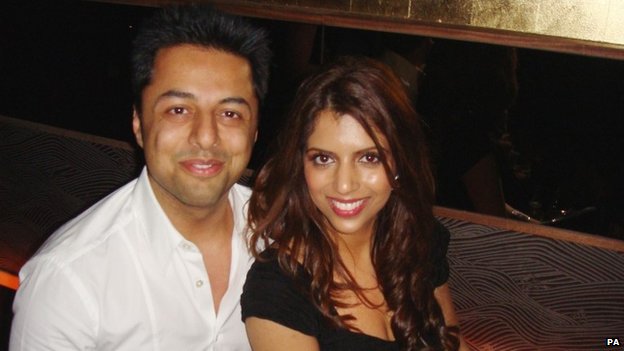 The start of proceedings in a South African court follows a near four-year legal battle to bring Mr Dewani to trial.

He was arrested on suspicion of conspiracy to murder in December 2010 at the request of the South African authorities who said they would initiate extradition procedures.

Mr Dewani said he would not consent to being extradited.

Lawyers argued Mr Dewani was not fit to stand trial and that he would be mistreated in a South African prison.

He was detained in a hospital having been diagnosed with post-traumatic stress disorder.

Later, when Mr Dewani's health improved, a judge ruled he could be extradited and, despite winning a right to appeal to the Supreme Court, he was put on a plane to Cape Town in April.

Since then he has been held at the Valkenberg hospital unit awaiting trial.