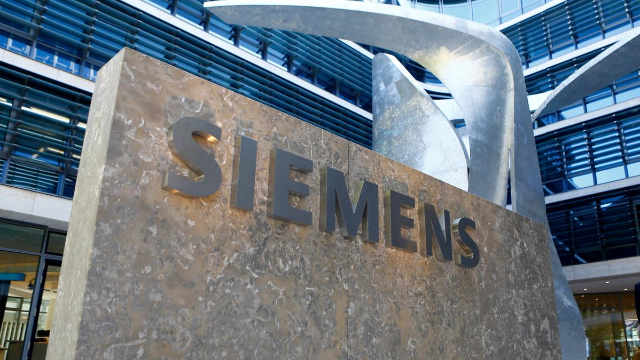 Siemens AG’s efficiency drive could result in as many as 20,000 administrative jobs being eliminated, Manager-Magazin reported, citing comments by Chief Executive Officer Joe Kaeser to investors this month.

As part of the so-called Vision 2020 plan that aims to simplify the sprawling structure of the German engineering company, headquarters functions in areas like personnel, finance or the legal department could get targeted, the magazine said. The plan wouldn’t affect manufacturing jobs, according to the report.

A cut of that magnitude would equal about 5 percent of the company’s workforce, which totals about 380,000. Contacted by Bloomberg News, Siemens spokesman Robin Zimmermann said he couldn’t comment on the figures cited by the article.

Kaeser made the remarks at several investor meetings, according to Manager-Magazin. His goal is to increase efficiency by 20 percent in key administrative roles, and reap savings of as much as 20 percent in the fields of information technology and shared services, the magazine said. Those savings will help lift the margin by 2 percentage points, in line with the Vision 2020 target, it reported.

Siemens, based in Munich, announced plans this month for the most sweeping overhaul in years: The company intends to shrink the number of operating divisions to three from five as it focuses on factory software and energy distribution.

Siemens is also working on a partnership for its ailing gas-turbine business, including a possible transaction with Chinese involvement, the magazine said.