After a breakup, you may be temped to try to be friends with your ex. You still care about this person, after all. And remaining pals may seem like the mature, evolved thing to do. But attempting to forge a friendship before you’re ready can do more harm than good.

Even if being friends is in the cards for you and your ex (newsflash: it isn’t for everyone), it shouldn’t happen right away, according to Susan J. Elliott, author of the book Getting Past Your Breakup. Her general recommendation is to wait at least six months before thinking about a friendship, though the amount of time may vary depending on the couple, the seriousness of the prior relationship and how it ended.

“You need time away from each other and you need to re-enter the world as a single person,” Elliott told HuffPost. “You need time and space to grieve the relationship. Even after the most amicable breakup, everyone needs time to work through the split and all their feelings.”

Some people may stay friends with all of their old flames, and that can be a great thing for them. But if you aren’t interested in being buddies with your ex now or ever, that’s totally OK, too. (Note that in some cases, particularly if the relationship was abusive or otherwise toxic, trying to be friends could be damaging or even dangerous.)

Still wondering if you’re ready to befriend your ex? We asked therapists to share the signs that you should probably hold off for now.

Getting over a breakup doesn’t happen in a day. You need to give yourself ample time and space to mourn the end of the relationship. That means letting yourself feel your emotions — sadness, frustration, rejection, resentment or some combination thereof — rather than bottling them up. If you’re still working through these feelings, you’re probably not ready to be friends with your ex just yet.

“It’s perfectly natural after a breakup to have lingering feelings of hurt, anger or other complicated emotions,” said Kathleen Dahlen deVos, a psychotherapist in San Francisco. “However, these persistent feelings aren’t appropriate to work out with your ex, as that version of the relationship is over.”

Instead, focus your efforts on processing any unresolved feelings you may still have.

“Try seeking the support of a therapist or trusted, impartial friend. Or turn to personal practices, like journaling, to help release and clarify your thoughts and feelings,” deVos recommended.

2. You can’t talk about your ex without getting worked up.

If you find it difficult to speak about your ex without going on a long tirade, bursting into tears or shutting down completely, take that as a sign that you’re not ready to be pals.

“Maybe you’re avoiding working through your feelings and grief, or maybe you’re [still] obsessed with your ex,” said Tina Tessina, a Southern California-based psychotherapist. “When you’ve done the grieving, you should be able to talk about that relationship in a normal way, without being upset. You should know what you learned from it and what didn’t work before you’re ready to be friends.”

3. The thought of your ex dating someone else sends you into a tailspin.

It’s normal for friends to talk to each other about what’s going on in their lives, and that includes their love lives. If thinking about your ex with another person makes your stomach churn, that’s an issue that could get in the way of a true friendship.

“Friends share about the person they’re seeing now. If this is still painful for you, it’s too early to be friends,” Tessina said.

A good test, deVos said, is to imagine sitting with your ex at a coffee shop and seeing a notification pop up on their phone that says they have a new match on a dating app. Think about how that would make you feel: Would you be indifferent? Deflated? Maybe irate?

“Since friendship means supporting one another in the trials and tribulations of life, if you’re not ready to acknowledge that some of those life updates from your ex might involve other people, it might be good self-care to hold off on initiating that coffee date,” deVos said.

4. You’re fantasizing about getting back together.

Honestly ask yourself why you want to be friends with your ex. In the back of your mind, are you holding out hope that you two might reconcile? If so, friendship probably isn’t the right move, at least not now. It could derail the progress you’ve made in moving on.

“It is almost impossible to develop a healthy friendship with ulterior motives and puts you at risk for further emotional pain,” said Anna Poss, a therapist in Chicago. “Take some time instead to think about what you are missing from the relationship and find ways to give them to yourself.”

Going into the friendship with the expectation that, over time, it might blossom into something romantic again isn’t a healthy approach for you or your ex, deVos said.

“You think, ‘If we start hanging out again, she’ll regret ending things’ or ‘Maybe we’ll be able to rekindle what was lost,’” deVos said. “The problem with expectations is that they end up being a painful setup for both parties. We set up our ex to disappoint us, and we set ourselves up to be angry, hurt or disappointed should our expectations not pan out.” 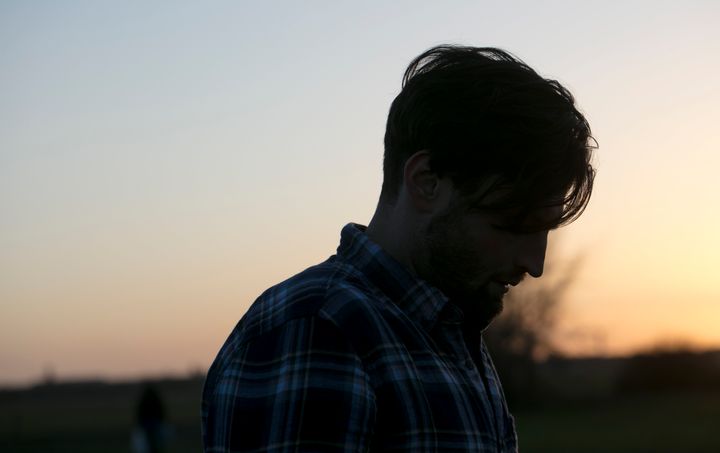 If you're feeling lonely post-split, you might pursue a friendship with your ex just to keep that person in your life in some capacity.

After a relationship ends, you may find yourself with a lot more time on your hands, particularly if you and your ex lived together or if your social life revolved heavily around that person’s friends and family. When you’re missing that companionship, it may be tempting to fill the void by reaching out to your ex under the guise of “friendship.”

“It can be tempting to fall back into familiar routines and convince yourself you’re ‘just friends,’” said Zainab Delawalla, a clinical psychologist in Atlanta. “While this can provide some comfort in the short term, it can also lead to an on-again-off-again relationship, which tends to be characterized by more communication problems, more uncertainty and less satisfaction in the long term.”

Instead, revisit an old hobby, make plans with loved ones or volunteer with an organization you care about to keep you feeling connected.

6. You’re digging for information about your ex on social media or from mutual friends.

Obsessively checking your ex’s Instagram feed to see where they are and who they’re with is a strong indication that you’re not ready to be friends.

“If you find that you’re seeking out information about your ex from sources other than asking them directly — ‘Is she seeing anyone?’ ‘Who has he been hanging out with?’ — that may be an indication that you’re harbouring some unresolved feelings,” deVos said. “Or maybe you’re not ready to directly confront and feel OK about your ex moving on with their life.”

7. You’re waiting for your ex to become the person you wanted them to be when you were together.

If you’re staying friends with an ex just so you can keep tabs on them, hoping that they’ll magically transform into the partner of your dreams, don’t bother. Sitting around hoping they’ll change their ways isn’t a healthy or productive use of your time.

“If your breakup was due to fundamental personality differences or behaviour patterns that you found problematic like heavy drinking or infidelity, it is unlikely that this will change,” Delawalla said.

Plus, fixating on your ex might be holding you back from meeting someone new.

As Delawalla noted, “Holding out hope that you can one day get back together by remaining friends and staying in each other’s lives will rob you of the opportunity to find the partner you really want.”