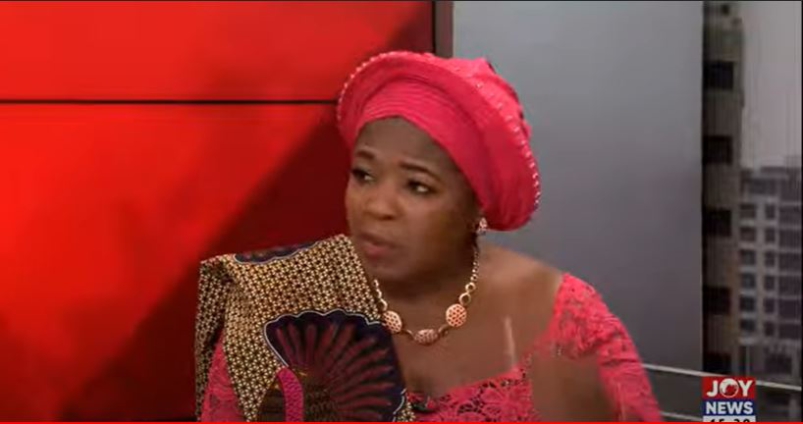 Speaking in an interview on JoyNews’ The Pulse on Tuesday, she said that foreign-owned telecommunication companies should not be assigned the responsibility of data collection.

Nana Frimpomaa noted that assigning biodata collection to foreign-owned telecommunication companies implies that someone is not doing their work right.

She wondered who is in charge of the data collected in the SIM card re-registration exercise. Her concern is that no system has been put in place to protect the data that have been collected so far.

“Is it NIA? Is it Data Protection Agency? Is it the private sector? Who is collecting the data and who is in charge? Because I can tell you that the data that they were collecting I even took pictures of people,… if we do not ask the right questions, if we do not insist, then do you know where your data is? The guy who took your data, do you know whether it went to Dubai or ISIS? You don’t know, you have no clue. It should not be that way,” he stated.

She proposed that the NIA should be the state agency with the authority to take biodata and store it for the government for future purposes.

She added that “if telcos want any information, they should not take my image. They should link it to the system and get code and authentication for the purpose and then continue. But not that everywhere you go they take your picture, they take your palm, biodata. This is what you have for the rest of your life so what is left for our children.”

The re-registration of SIM cards officially kicked off on October 1, 2021.

The exercise is in accordance with the Subscriber Identity Module Registration Regulations, 2011; LI 2006 is to curb SIM Boxing and other criminal activities perpetrated by fraudsters using fake SIM cards and facilitate E-education, among others.

Meanwhile, the Ministry of Communications and Digitalisation, has extended the deadline for the re-registration of SIM cards across the country to 31st July, 2022.

The exercise was originally scheduled to end on 31st March, 2022.

In a statement signed by the sector Minister, Ursula Owusu on Tuesday, the Ministry explained that it has taken note of the challenges which have characterized the process since it begun in October last year.

DISCLAIMER: The Views, Comments, Opinions, Contributions and Statements made by Readers and Contributors on this platform do not necessarily represent the views or policy of Multimedia Group Limited.
Tags:
CPP
Nana Akosua Frimpomaa
sim re-registration