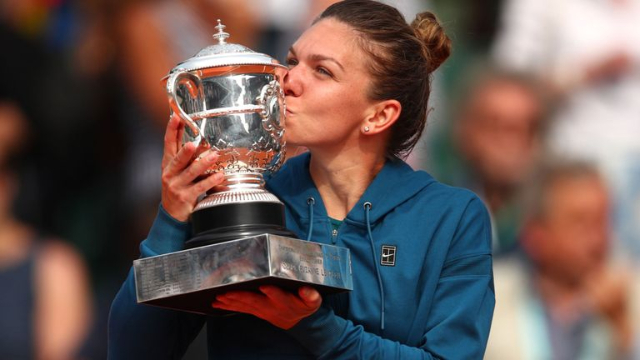 Simona Halep says she took heart from the manner of previous Grand Slam final defeats to mount a memorable comeback and land an elusive major title at the French Open.

Halep had lost all three of her previous showpiece encounters but delivered a spectacular performance at Roland Garros to defeat Sloane Stephens 3-6 6-4 6-1.

The world No 1, who let slip a commanding advantage in last year's final against Jelena Ostapenko, trailed by a set and 2-0 but quickly banished fears of further final heartache to capture a landmark triumph in her 33rd major appearance.

"I felt that and I said, 'it's not going to happen again, but it is okay. I have just to play', and then I just started to win games," Halep said.

"I said that last year it happened to me, same thing, I was set and a break up and I lost the match.

"So I said there is a chance to come back and win it. So I believed in that, and my game was more relaxed.

"I could make more things on court, and that's why I could win."

Halep reached the summit of the women's game in October and despite her most recent Grand Slam final defeat, never lost sight of her goal.

"I'm really happy that I won this Grand Slam. Because being number one without a Grand Slam, I always said, is not like everything, not 100 percent," Halep said.