Sir Christopher Lee, the veteran actor and star of many of the world's biggest film franchises, has died aged 93.

The English-born actor, who made his name playing Dracula and Frankenstein's monster in the Hammer horror films, appeared in more than 250 movies.

He was best-known for his villainous roles – including Scaramanga in James Bond and evil wizard Saruman in The Lord of the Rings.

The actor's other credits include The Wicker Man and Star Wars.

The actor is reported to have died on Sunday at Chelsea and Westminster hospital in London, after being hospitalised for respiratory problems and heart failure.

A Royal Borough of Kensington and Chelsea council spokesman said: "We can confirm that the Register Office issued a death certificate for Mr Christopher Lee on Monday 8 June, Mr Lee died on Sunday 7 June."

He was knighted in 2009 for services to drama and charity and was awarded a Bafta fellowship in 2011.

James Bond actor Roger Moore tweeted: "It's terribly when you lose an old friend, and Christopher Lee was one of my oldest. We first met in 1948."

"We are deeply saddened to hear that Sir Christopher Lee has passed away," the British Film Institute (BFI) tweeted, as the news broke on Thursday.

His Lord Of The Rings co-star Dominic Monaghan said: "So, so sorry to hear that Christopher Lee has passed away. He was a fascinating person."

Actor Reece Shearsmith said: "Very upset to learn that Sir Christopher Lee has passed away. An amazing gentleman who brought us so many iconic roles. He will be missed."

Broadcaster Jonathan Ross said: "So sad to hear that Sir Christopher Lee has died. A great actor, a great star, a surprisingly good singer and a lovely, lovely man."

Writer Neil Gaiman said he was "so lucky and proud" to have had Lee in the cast of BBC Radio 4's recent dramatisation of Neverwhere. "Great actor, great loss," hetweeted.

Born into affluence in London in 1922, Sir Christopher traced his lineage to Charlemagne, the first Holy Roman Emperor.

After public school he served in the Royal Air Force Volunteer Reserve during the Second World War, where he was mentioned in dispatches.

His screen career began when he joined the Rank Organisation in 1947, training as an actor in their so-called "charm school". 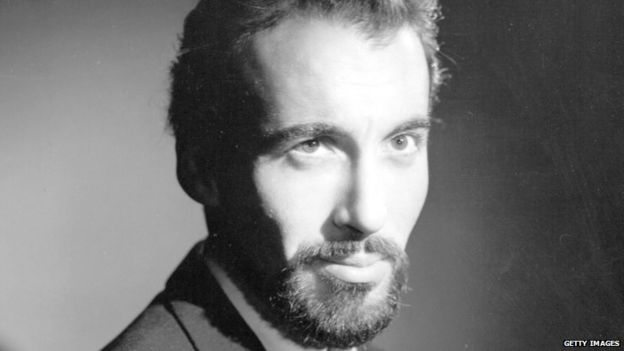 It was his association with British studio Hammer that made him a household name, playing characters such as Frankenstein's Monster, The Mummy and Dracula in the late 1950s.

Sir Christopher Lee would go on to reprise the trademark vampire role in a number of sequels, before finally laying him to rest in the 1970s.

His 6ft 4in frame and pointed features often typecast him as a bad guy. His distant cousin Ian Fleming, author of the James Bond books, wanted him to play Dr No in the film of the same name – but that role went to Joseph Wiseman.

Lee eventually starred as Scaramanga in 1974's The Man With The Golden Gun.

He also played Fu Manchu in a series of films in the 1960s.

The Lord of the Rings trilogy and the Star Wars prequels – in which he played the nefarious Count Dooku – were the most successful films of his career from a commercial standpoint.

He also demonstrated his versatility in comedies like 1941 and Gremlins 2.

His other films included 1959's The Hound of the Baskervilles, The Three Musketeers (1973), and Jinnah – which he considered to be one of his most important films (1997). 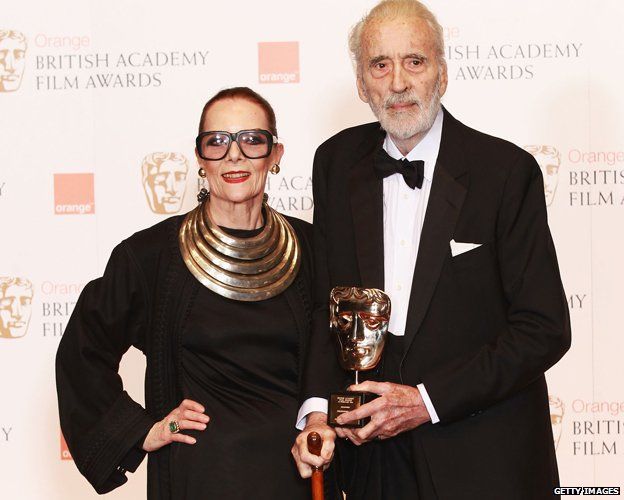 Sir Christopher also worked with director Tim Burton on films including Sleepy Hollow (1999), Charlie and the Chocolate Factory (2005) and Alice in Wonderland (2010), in which he voiced the Jabberwocky.

"I've appeared in so many films that were ahead of their time – some of them were very good," the actor told the BBC News website in 2001. "Some weren't."

A lover of opera, Sir Christopher launched his singing career in the 1990s, with an album of Broadway tunes, including I Stole The Prince from Gilbert and Sullivan's The Gondoliers, and Epiphany from Sweeney Todd.

He also enjoyed an unlikely heavy metal career. In 2010, his album Charlemagne: By the Sword and the Cross won a Spirit of Metal Award from Metal Hammer magazine.

He marked his 92nd birthday by releasing an album of heavy metal cover versions.