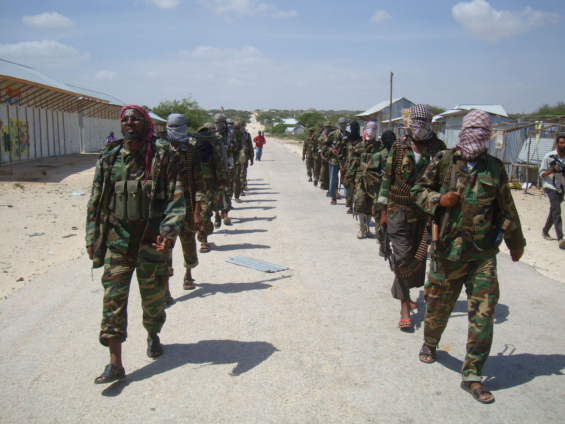 Members of Somalia's al- Shabab militant group patrol on foot on the outskirts of Mogadishu Monday, March, 5, 2012. Analysts say that the fight against Somalia's al-Qaida linked insurgency may be moving into the north of the country, an area previously considered safer than the war-ravaged south. The move could mean that the al-Shabab militia is seeking to regroup in the semiautonomous region of Puntland after coming under heavy pressure from three foreign armies in southern Somalia. (AP Photo)