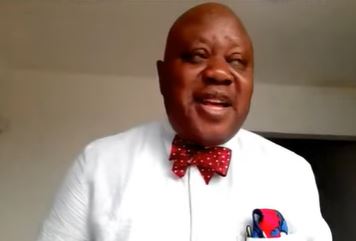 A candidate in legislative drafting at the Athabasca University in Canada, Seth Awuku, has called for non-custodial sentencing for persons who commit minor crimes.

According to him, other viable options such as community sentencing should be considered in reforming citizens who break the law.

Contributing to discussions on The Law that centered on the need for Ghana to consider community sentencing as an alternative form of punishment for criminals, he maintained that not all crimes deserved custodial sentencing.

The Private Legal Practitioner propounded that, a person’s sanction for a crime should depend on the gravity of the crime.

“It is not all offences that should call for imprisoning the offender as a form of punishment. The gravity of a crime should determine the sanctions given,” he said.

He noted, however, that before non-custodial sentencing is applied, certain essential elements should be taken into consideration.

Among other things, he stated that “we have to consider whether the accused person is capable of endangering the community with the crime committed.”

Citing the case of the 29-year-old woman who has been sentenced for faking her kidnapping in Takoradi, he said a six-year jail term was too harsh for such as crime.

To him, she deserved non-custodial sentencing.