Some politicians are not helping Ghanaians – Joshua Alabi 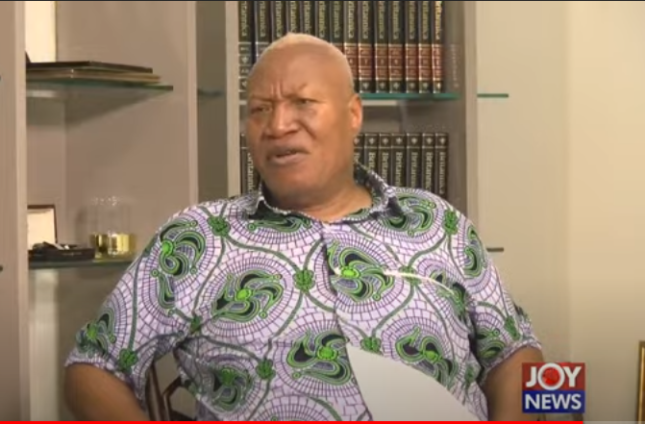 Former Vice-Chancellor of the University of Professional Studies – Accra (UPSA) has said that some politicians in Ghana are not in any way helping the citizens of the country.

This, according to Prof Joshua Alabi, is due to the untruthful nature of the politicians.

The former Minister of State for Greater Accra said because politicians and top political leaders of the State are sometimes backed even in their wrongdoings, the praise gets into their heads and retrains them from providing quality service to Ghanaians when expected.

“For example when you see a senior political leader excuse me to say releasing his urine by the roadside, whiles supposed to go the washroom, when I talk some people will say he is right to do that. This is the extent that politics has gone to in this country and for that matter, we are not giving the people quality service,” he told Ayisha Ibrahim on PM Express, Friday.

He added that “it’s sad in this country the way we’ve taken politics and for that matter, we have allowed politicians to have their way.”

The NDC stalwart said the country has reached a level where things are retrogressing instead of moving forward because of pretence on the part of its citizens and leaders.

“Only the hardcore politicians will tell me the country is not coming down because of where he sits and if it NDC in power I will say the same thing we are not doing good service to the people,” he said.

Prof Alabi, commenting on the ongoing debate about the Free SHS policy, said the programme is a good idea but has implementation challenges.

“Who said Free SHS policy is a bad idea? It’s not a bad idea but the implementation is where the debate is, to ensure that in the process of implementing it will give the people quality service is the issue.”

He suggested that for the policy to work effectively, a stakeholder consultation should be held with all political parties present to assist in bringing out a blueprint of how to keep the free SHS policy running despite a change in political leadership.

“The problem you are seeing is not a one-man head, it is a big problem and we should bring down our pride and arrogance all of us, all political parties so that no one wins tomorrow and tries to change what somebody has done,” he said.