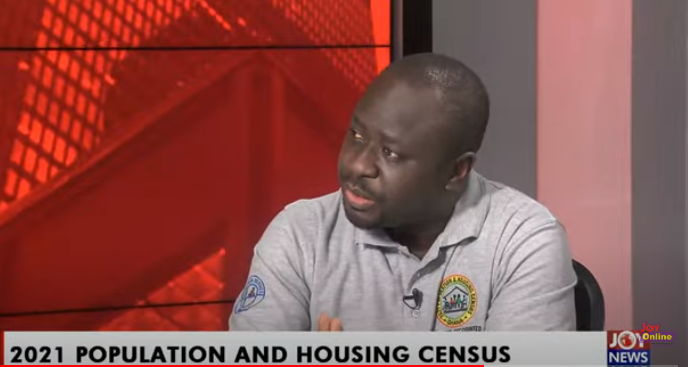 Government Statistician has said that there has been a couple of arrest and bails on persons who assaulted enumerators in some parts of the country.

Prof Samuel Kobina Annim, speaking on JoyNews’ The Probe, said police are currently investigating the assault on personnel in areas like the Ashanti and Ahafo Region.

“In pockets of areas that we’ve been notified of this occurrence we’ve already engaged the police in his matter specifically in the Ashanti Region, in the Ahafo Region,” he told host Emefa Apawu.

His comment comes after the enumerators in the Ahafo and Ano region were prevented from counting 7 days prior to the chalking and listing exercise.

Prof Annim disclosed that before the census exercise, 90 per cent of the attacks on the enumerators were anticipated.

“So with this issues of some enumerators being prevented to do their exercise, with some of them having some issues around safety, we did anticipate that.”

He, however, stated that the statistical service “has teared the intervention so one of the very basic thing that we do is to engage the district coordinating directors who are by virtue of their administrative positions chair the district census implementation committees so anytime an issue like that comes up, they are the first people we reach out to, to see how best these can be resolved.”

He added that “to ensure that we have a smooth process we’ve already briefed the minister for local decentralization that this issue is pending so immediately tomorrow we hear the outcome of the meeting it comes out whichever way whether successful or otherwise we make a determination of how to push this issue forward.”

He said if the outcome of the issue is not welcoming, then the Service will be ready to take up their last option which is permitted by law.

“If you look at the statistical Act 1003 specifically clause 54 spells out the penalties and offences associated with individuals refraining from the census exercise, providing false information or inciting a group of people not to participate in the census undertaken and once that happens it has far-reaching consequences i.e a maximum of 200 unit, a 12 months imprisonment or both depending on how it turns out.

“Because data collection is part of the development discourse it is always the last option we will want to pursue as an organization that is why publicity, education and advocacy are central to whatever data collection pursued,” he said.

DISCLAIMER: The Views, Comments, Opinions, Contributions and Statements made by Readers and Contributors on this platform do not necessarily represent the views or policy of Multimedia Group Limited.
Tags:
Arrest
Assault on enumerators
Bails
Professor Samuel Kobina Annim