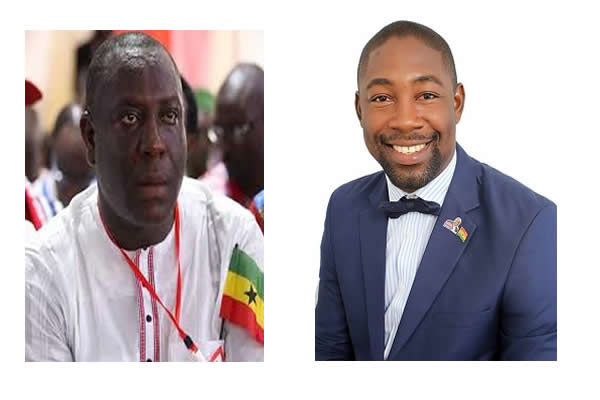 His predecessor, Alexander Abban, has now been appointed the Deputy Communications Minister, replacing Vincent Sowah Odotei who is also the MP for La Dadekotopon.

These were contained in a release signed by Communications Director at the Presidency, Eugene Arhin, on Monday, April 6.

The statement said “President Akufo-Addo thanks Hon. Sowah Odotei for his services to the country and wishes him well in his future endeavours.”

The reshuffle is happening at a time government is strategising to combat the surge in the new coronavirus infections in the country.

Ghana currently has recorded 214 confirmed cases with five deaths while some 31 others are said to have recovered from the viral infection also known as Covid-19.

Dr. Bernard Okoe-Boye is currently the Board Chair of Korle-Bu Teaching Hospital.

The 38-year-old medical doctor was elected into Parliament on the ticket of the New Patriotic Party (NPP) in 2016 after he defeated the incumbent, Benita Okiti-Duah of the then governing National Democratic Congress (NDC).

Prior to his entry into Parliament, Oko-Boye was a medical officer at the Ledzokuku Krowor Municipal Assembly (LEKMA) Hospital in Accra.

Bernard Okoe-Boye is a graduate of the Kwame Nkrumah University of Science and Technology (KNUST), where he read medicine.

He is currently the Board Chairman of the Korle Bu Teaching Hospital, the nation’s largest medical facility.

Oko-Boye is an old student of the Presbyterian Boys’ Secondary School (Presec-Legon) where he completed his secondary school education in the year 2000.