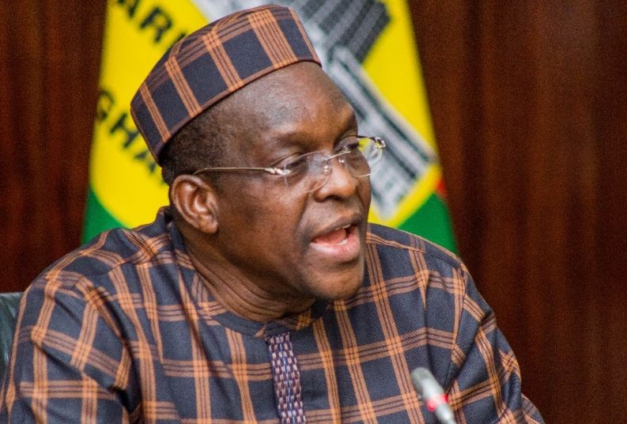 Deputy Minority Leader in Parliament has denied claims by Majority Leader, Osei Kyei-Mensah-Bonsu, that the Speaker threatened to get the Budget rejected should government fail to allocate ¢1.7 billion to Parliament.

James Klutse Avedzi said in the meeting held before the budget presentation, Alban Bagbin only questioned if the ¢510m Budget allocated to Parliament was enough for the House to perform its duties.

Speaking on Joy FM’s Top Story on Thursday, Mr Klutse Avedzi explained that this was because the Speaker had already engaged the President to make a case for the judiciary’s budget and the legislature to be increased to 5% of the total Budget.

“This year, Parliament has made a proposal in terms of the request for a total of 2% of the Budget. So he was asking the Finance Minister, Ken Ofori-Atta, how much has been approved for Parliament and the Minister said ¢510 million.”

“Speaker said if we made a request for ¢1.7 billion and you are giving us ¢510 million ‘do you think that can enable Parliament perform well’? He never threatened that ‘if you don’t give me ¢1.7 billion, your budget will be rejected,” he stated.

In a press conference post the fisticuffs amid approval of the E-Levy Bill on Tuesday dawn, the Majority Leader blamed Mr Alban Bagbin for all the commotion.

Speaking at a press conference, he said the chaos began on November 17 when the Finance Minister presented the Budget.

According to him, before the Finance Minister’s presentation, the Speaker had threatened Mr Ken Ofori-Atta that he should either allocate ¢1.72 billion of the projected revenue to Parliament or have the Budget thrown out.

This, he said, resulted in the delay in the Budget presentation.

“So all that is playing out it goes to satisfy what the Speaker indicated at the very beginning of the presentation of the Budget that he’d make sure this Budget was rejected. Is that the case? The people of this country ought to know the mindset of this Speaker with respect to this Budget.”

However, Mr Klutse Avedzi refutes this.

The Ketu North legislator believes the Majority Caucus has itself to be blamed for the chaos, especially on Monday, December 20, during the debate on E-levy.

He stated that the press conference organised by the Majority Leader is only an attempt to redeem his image after losing face as a Leader of the NPP in the House.

Mr Klutse noted that the Majority Caucus delayed tabling the E-levy Bill before the House until late into the night because they did not have enough numbers to get the bill passed.

“That is what happened, so they shouldn’t blame Bagbin. He is also treating his health and needs to do things according to his doctor’s instructions. But, because of your machinations, you cannot keep the Speaker in his office for all these long hours.”