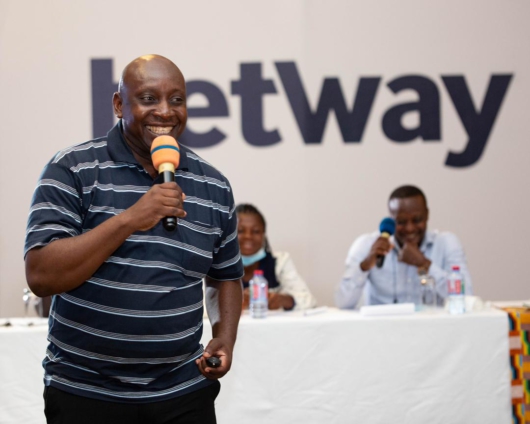 Former managing director of Hearts of Oak, Neil Armstrong-Mortagbe, has advised women football clubs in Ghana to fulfil their sides of sponsorship agreements, stressing that this will effectively strengthen the marketability of the clubs and help improve the quality of the Ghana Women’s Premier League (GWPL).

Armstrong-Mortagbe was speaking to about 50 club officials at the third in a series of mentorship workshops organised by Betway, the official development partner of the GWPL.

“Many times when people talk sponsorships, they think it’s about a gift, but there is no company that is coming to give you a gift,” Armstrong-Mortagbe said. “They come in because they expect a benefit – they expect something in return.”

He added: “When in need of the sponsorship, we are quick to go, write a proposal, talk nice, show sponsors the benefits and promises, including adverts…and then when the sponsorship is given the clubs go to sleep instead. There have been so many cases on various occasions where some sponsors have to engage agencies to make sure that the benefits that were promised in the sponsorship proposal are delivered.”

On this backdrop, Armstrong-Mortagbe said that the attractiveness of the Women’s Premier League in the future will largely be dependent on the commitment the clubs will show towards the fulfilment of their obligations under sponsorship contracts.

“Companies have cancelled their sponsorship deals with teams simply because the benefits promised were not [delivered],” he said. “We should begin to understand that this arrangement is a win-win, not one that [it] benefits only one party.”

The workshop was attended by managers and coaches in two locations in Accra and Kumasi, linked up by video conferencing facilities. They received both virtual and in-person lessons on the use of various strategies to promote and market their clubs.