The NBA legend and his teenage daughter Gianna died along with seven other people last month when the helicopter they were taking to the young girl’s basketball game crashed into a hillside.

The annual awards show honoring the achievements and performances of people of color remembered Bryant in a segment that began with the stage turned into an empty, dark basketball court. 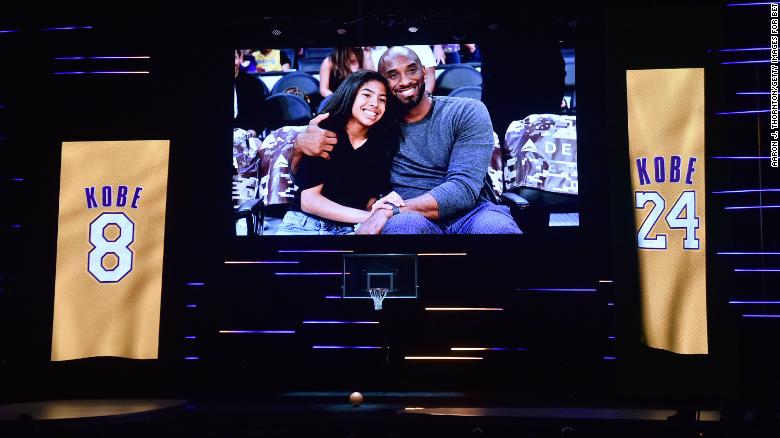 Gianna Bryant and Kobe Bryant are honoured during the In Memoriam onstage during the 51st NAACP Image Awards, Presented by BET.

As audio from Bryant’s NBA farewell speech played, memorable moments from his career and life were displayed on a screen, paired against a backdrop of purple and gold lights. As the clip continued, two banners unfurled with the numbers 8 and 24, which Bryant wore while playing for the Lakers.

“Thank you guys for all your sacrifice,” Bryant says in the video. “What can I say? Mamba out.”

The final image is of Bryant and Gianna embracing.

A memorial service for Bryant, Gianna and the other victims of the crash will be held Monday at the Staples Center in Los Angeles.